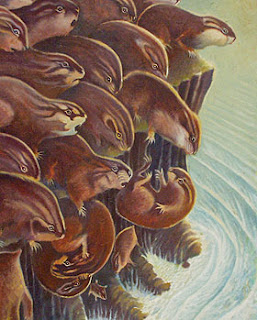 Humanity is not a bunch of lemmings marching unstoppably toward a cliff. There is such a thing as free will…. People please wake up! For the sake of young people, future generations, and other life on our planet, don’t settle for what some “experts” say is the best we can do.
— James Hansen

The world at present is fast approaching a climate cliff. Science tells us that an increase in global average temperature of 2°C (3.6° F) constitutes the planetary tipping point with respect to climate change, leading to irreversible changes beyond human control. A 2°C rise is sufficient to melt a significant portion of the world’s ice due to feedbacks that will hasten the melting. It will thus set the course to an ice-free world. Sea level will rise. Numerous islands will be threatened along with coastal regions throughout the globe. Extreme weather events (droughts, storms, floods) will be far more common. The paleoclimatic record shows that an increase in global average temperature of several degrees means that 50 percent or more of all species—plants and animals—will be driven to extinction. Global food crops will be negatively affected. For example, a 2011 report of the National Resource Council indicates that the U.S. corn (maize) crop, which accounts for 40 percent of the world’s total, will experience a 25 percent decline in average yield with a 2°C rise in temperature.