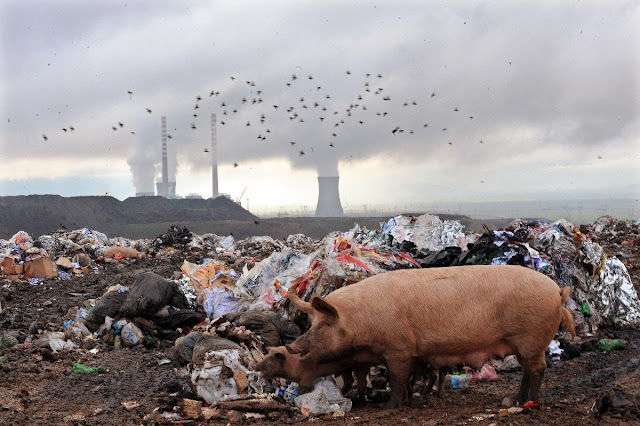 If there is any doubt that the abnormal is now the norm, remember that this is shaping up to be the second straight year that nonstop rains have wreaked havoc in Southeast Asia. Last year, the monsoon season brought about the worst flooding in Thailand’s history, with waters engulfing Bangkok and affecting over 14 million people, damaging nearly 7,000 square miles of agricultural land, disrupting global supply chains, and bringing about what the World Bank estimated to be the world’s fourth costliest disaster ever.
Perhaps the most frustrating thing about the unceasing rainstorms is that we Filipinos could do little to prevent them. We could have made them less calamitous by resettling informal settlers away from the floodways to Manila Bay and reforesting the hills and mountains that border the metropolitan area. We could have passed the Reproductive Health Bill much earlier and propagated family planning to reduce the human impact on the upland, rural, and urban environments. We could have, in short, taken measures to adapt to changing climate patterns. But to prevent the fundamental shifts in regional and global climate was something we could not do. This is the dilemma of most countries in the South: we are victims and our weapons are few and limited.

Climate change is triggered by the accumulation of carbon dioxide and other greenhouse gases in the atmosphere. Sixty-six percent of the greenhouse gases that have accumulated in the atmosphere from 1890 to 2007, according to Wikipedia, have been contributed by the developed countries — meaning the United States, the European Union, Japan, and Russia. Yet these countries are also the most difficult to persuade to curb their emissions, limit consumption, and provide aid to developing countries to deal with climate change.

The North-South dimension has added a deadly dynamic to this process as the so-called emerging capitalist economies of the South, notably China and India, make their claims to their share of ecological space to grow, even as the capitalist economies of the North continue to refuse to give up any of the vast ecological space they now occupy and exploit. China is now the world’s biggest contributor of greenhouse gases, but it refuses to entertain mandatory limits on its greenhouse gas emissions because it says its emissions have historically been quite low, standing at some 9 percent of the historical total.

The refusal of the North to curb its high consumption and the effort by the big emerging economies to reproduce the Northern consumption model lies at the root of the deadlock in the climate change negotiations—one symbolized by the failure of the UN-sponsored talks in Copenhagen in 2009 and Durban in 2011 to agree on the contours of a successor agreement to the Kyoto Protocol.

What was agreed upon in Durban was that governments would submit their offers for emission reductions by 2015, but these would be implemented only in 2020. But by then, according to many experts, it will already be too late, since countries will already be locked into a high-carbon development path. Scientists say that given the absence of mandatory emissions limits in the next few years, the world is on track to pass the 2-degree Celsius increase to which they would like to confine the rise in global mean temperature, and is already on a trajectory for a 4-to-5-degree temperature rise. This would be nothing short of calamitous. Reflecting what many see as the maddeningly nonchalant attitude of Washington, Todd Stern, a U.S. climate official, recently urged governments to give up the 2-degree target and sought a “more flexible” international agreement based on voluntary targets. This can only provide the governments of countries on a high-growth path an excuse to postpone making commitments, if not junk mandatory reductions altogether.

The countries that are most threatened by climate change, like the Philippines, must do all they can to break the deadlock. To stress the urgency of arriving at a serious global agreement soon, the governments of these countries can engage in what might be called “anti-diplomacy.”

Given the fact that climate change has become a national security issue, our governments must act in the same manner that they would respond to a national security threat. In the case of the Philippines, for instance, the government can issue a diplomatic protest against Washington. President Benigno Aquino III can call Harry Thomas, the U.S. ambassador, to the palace and return the $100,000-check that the Untied States recently contributed to the government’s relief efforts in Metro Manila. He can tell Ambassador Thomas that what the Philippines really wants is for the United States to immediately agree to deep mandatory cuts in carbon emissions, to be implemented in 2013 instead of 2020. He should also advise Thomas that instead of making paltry disaster relief contributions, the United States should immediately commit to give $25 billion to the $100-billion Green Climate Fund that developed countries agreed to set up during the 2011 Durban Conference but have yet to fund.

The Philippines should also lead in bringing about a coalition of threatened countries outside the framework of the Group of 77 and China, an artificial coalition that brings together the so-called emerging markets that are mainly committed to high-speed industrial growth with countries whose key interest is to prevent global disasters. This parallel grouping should demand that Brazil, China, and India stop hiding behind the rubric of being “developing countries” and agree to mandatory limits on their greenhouse gas emissions as soon as possible.

Some of the elements for such a coalition are already present in organizations such as the Africa Group, the Alliance of Small Island Countries, and the Least Developed Countries. According to the Overseas Development Institute, “AOSIS and Least Developed Countries (LDCs) are calling for 45% reductions on 1990 levels by 2020 and 85% by 2050. The African Group has called for developing countries to reduce their overall carbon emissions by at least 95% below 1990 levels by 2050. This shall be achieved during subsequent commitment periods by the end of 2050.” The emergence of a broader coalition incorporating these groupings would serve as an important notice to both the North and the big emerging markets that they better get down to the business of negotiating mandatory cuts soon.

But like all diplomacy, demanding action from the other party must be accompanied by offering concessions and substantive goodwill gestures. To show the United States, Europe, and China that it means business, the Philippine government must commit to reducing its own greenhouse gas emissions by some 20 percent by from its levels in the 1990s by 2020, even though the country is not a major emitter. This will mean, among other things, shelving a disastrous plan to set up a national network of coal-generated power plants, which are probably the worst energy generation plants from the perspective of greenhouse gas emissions. The Philippines can’t be seen demanding cuts while increasing its own emissions. Similar potent symbolic moves must be made by other developing countries.

As the last two years have made very clear, climate has become the No. 1 national security issue for developing countries. When diplomacy fails, the threatened nations have no choice but to resort to strategies like anti-diplomacy to safeguard their national security and national interest. Our weapons are few, and often they are only mechanisms of moral suasion, but we must use them and hope for the best.
Posted by Next Year Country