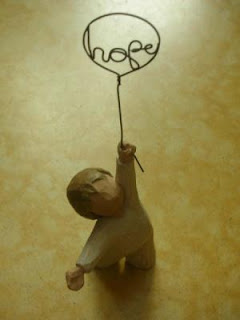 In 1818, Shelley visited his friend Byron in Venice, where his Lordship was camped out in a decaying palazzo, ruminating on the city’s faded glories. Their conversations – on human freedom and the prospects for social change – formed the basis for Shelley’s poem Julian and Maddalo, in which the mild-mannered English rationalist Julian (Shelley) puts the case for hope, and the brooding Italian aristocrat Maddalo (Byron) argues for despair. ‘We might be otherwise,’ Julian insists, ‘we might be all / we dream of: happy, high, majestical’ were it not for our own ‘enchained’ wills. To which Maddalo replies bitterly: ‘You talk utopia!’

That snap dismissal echoes down to our own day. We’ve been taught to fear utopian thinking, which is denounced as not only impractical but positively dangerous: the province of fanatics. In ignoring the lessons of history and the realities of human nature, utopian idealism results, inevitably we are told, in dystopian outcomes. It’s a modern version of the myth of Pandora’s box: a warning against being too enquiring, too ambitious.

Fear of utopia, a mighty weapon in the arsenal of the ruling powers, has a long pedigree. Since Burke, at least, conservatives have warned that tampering with established institutions, encouraging people to expect too much, leads to disaster. The ‘failure’ of every social experiment, from the French revolution onward, is seized on as evidence of the perils of utopian thinking. Anti-utopianism was a staple of cold war liberalism and was resuscitated as the ‘end of history’ thesis following the collapse of the Soviet Union.

Increasingly we have been told that a utopian denial of realities lurks in even the most modest demands for regulation and redistribution. When it comes to the apparent dearth of alternatives, I’d argue that social democracy’s long retreat into the arms of neoliberalism is as great a factor as the demise of the Communist bloc.

While there are dangers in utopian thinking, the much greater danger is its absence. The reality is that we on the left don’t ‘talk utopia’ nearly enough. We need the attraction of a possible future as well as a revulsion at the actual present. If people are to make the sacrifices required by any struggle for social justice, then they need a bold and compelling idea of the world they’re fighting for. 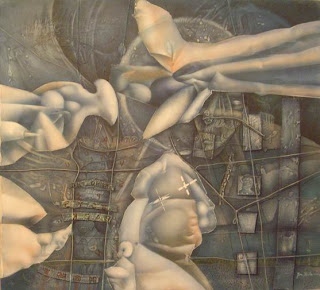 Utopian thinking is more than just model building: it is a critical tool, a means of interrogating present conditions. We have to exercise that supremely political faculty, the imagination, if we are not to be prisoners of a prevailing consensus.

Utopias provide a perspective from which the assumed limitations of the present can be scrutinised, from which familiar social arrangements are exposed as unjust, irrational or superfluous. You can’t chart the surface of the earth, compute distances or even locate where you are without reference to a point of elevation – a mountain top, a star or satellite. Without utopias we enjoy only a restricted view of our own nature and capacities. We cannot know who we are.

We need utopian thinking if we are to engage successfully in the critical battle over what is or is not possible, if we are to challenge what are presented as immutable ‘economic realities’. Without a clear alternative – the outlines of a just and sustainable society – we are forced to accept our opponents’ parameters. We cede the definition of the possible to those with a vested interest in closing the aperture into a better future. The neoliberal slogan ‘There is No Alternative’ had to be answered by ‘Another World is Possible’, but we need to know and say much more about this other world.

In our utopian activity, let’s learn from past errors. It’s important to remember that a significant strand of utopianism, including Thomas More’s book, is linked to western colonialism. This took many forms, from dreams of imposing a new order on ancient or (allegedly) empty lands (of which Zionism is a modern case) to Romantic and Orientalist fantasies.

In their critique of Utopian Socialism, Marx and Engels made two charges. First, that the method was wrong: a socialism imposed from above, reliant on altruistic benefactors. Second, that it was not sweeping enough, that it failed to recognise the need to replace the system as a whole. 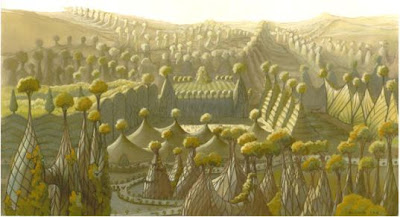 In our utopia the meaning of work will transformed; there will be no more precious commodity than a person’s time. ‘Choice’ will be redefined, salvaged from consumerism, and there will be a deeper sense of ownership than the individualist version touted by the current system.

Utopia is the good society, not the perfect society. A perfect society would be a static entity. Our utopia is one that is evolving, revising its goals and policies as circumstances change. It’s an open not a closed system. Which means identifying its governing principles, its driving processes, may be more important than postulating fixed structures.

A utopia without dissent and argument is a nightmare: a community of interminable sweetness and harmony is not for me. In fact, argument will flower on a higher plane, grounded in a shared public domain to which all have real and equal access – politics in the best sense, with no professional politicians.

We cannot leave our utopian activity to think-tanks. Nor should it be about some artificial ‘pre-figuration’, an exercise in isolated purity. It has to involve getting your hands dirty: finding places for the utopian in the everyday and learning from the everyday the meaning of utopia.

We need to draw on the utopian elements in our midst. The NHS is far from perfect, but it operates under egalitarian principles deemed ‘utopian’ in other fields and enjoys a significant degree of autonomy from the market, which makes it a kind of mini-utopia within British daily life – one reason the government is determined to destroy it. We need to find ways to connect to the utopian yearnings that move millions of people, and which both the right wing and the advertising industry know too well how to exploit. We have to offer something more participatory, concrete and at the same time dynamic, more of a process, a journey, than an end product polished by the intelligentsia. In doing that, we can draw on a rich tradition going back to the biblical prophets and found in almost every human society. In England alone, we can look to Langland, Winstanley, Thomas Spence, Ruskin, Morris and John Lennon – not forgetting More himself, in whose Utopia ‘gold is badge of infamy’. Our utopia must imagine a new, humbler relationship between humans and their environment. The techno-utopias of the past with their dreams of total human mastery over nature now feel distinctly dystopic. On the other hand, the idea of an endlessly renewable energy source, a staple of science fiction, has moved from idle fantasy to urgent necessity. The climate change crisis is a good example of utopian thinking proving more realistic than its ostensibly pragmatic opponents. In the light of imminent catastrophe, utopia becomes common sense.

It is the anti-utopians who are guilty of arrogance and presumption in dismissing systematic alternatives as contrary to human nature (or economic ‘laws’). The utopians are more historically grounded. They know that capitalism had a beginning and will have an end. In contrast, neoliberals practise the pejorative form of utopianism: imposing an abstract blueprint on the human species (and the planet), subordinating diverse human needs to the single compulsion of private profit. We are encouraged to entertain limitless, if narrowly defined, aspirations for ourselves as individuals, but our aspirations for our society are strictly ring-fenced. While it is held to be fatal to ignore economic realities, ecological realities can be indefinitely deferred.

For William Blake, the work of utopia was a daily duty of the citizen. At the end of his Vala or the Four Zoas, he envisioned a world in which ‘the dark religions are departed and sweet science reigns’. It’s now up to us to imagine a world free of the dark religion of neoliberalism, in which the sweet science of human solidarity prevails.

Mike Marqusee writes a regular column for Red Pepper, 'Contending for the Living', and is the author of a number of books on culture and politics
Posted by Next Year Country