Statement by Plurinational State of Bolivia

Statement by Plurinational State of Bolivia in ocassion the Informal Thematic Debate in the 65th Session of the United Nations General Assembly on the Green Economy: A Pathway Toward Sustainable Development
New York, June 2nd, 2011 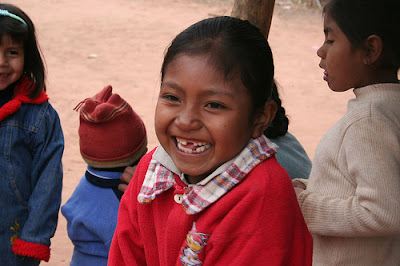 Let me begin by thanking the President of the General Assembly for having made possible this debate, which takes up issues that are crucial for humanity. The Plurinational State of Bolivia considers this opportunity to put forth issues of vital importance to the international community.

First off, we adhere to the assertions of the Group of 77 and China, put forth today by the delegation of Argentina. We coincide fully with what was said and would like to emphasize the fact that, under the concept of the green economy, there are attempts to introduce mechanisms that endanger the stability of ecosystems. We refer specifically to the so-called market mechanisms for environmental services.

The origin of this lack of precaution is the absence of a definition of what is known today as the green economy. Even among the panelists, we perceive a worrying lack of concern for defining the concept. We lament that, despite the fact that this is not a consensus term, the United Nations continues to use it frequently and without consultation. We do not want an undefined concept to be adopted so that later, in its name, actions may be implemented that affect nature and humanity.

The Plurinational State of Bolivia considers the postulates of the green economy to be false and dangerous, if indeed they attempt to put a price on nature and its functions, as with the free services that plants, animals, and ecosystems provide to humanity. Nature is not a form of capital, nor is it an object that can be exploited, privatized, modified without consequences.

The creation of new market mechanisms for nature, the development of a market for environmental services, will bring us toward a collapse. We believe it is wrong to break down nature into simple environmental services subject to economic valorization and market exchange. The laws of the market, of supply and demand, are in conflict with the laws and natural cycles of the Planet Earth.

The process toward the Rio+20 Conference is at a crossroads: we can continue on the path of commercialization of nature and environmental services as promoted by the green economy, or we can begin to recognize the rights of nature, the laws that regulate its vital cycles, those of water, carbon, biodiversity.

We believe that, in an interdependent and interrelated system like the Earth, it is not possible to recognize rights just for humans without affecting the rest of the system. To reestablish balance with nature, the regenerative capacity of ecosystems, it is necessary to clearly establish what are the obligations of human beings toward nature and recognize that nature has rights that should be respected, promoted, and defended.

In the view of the Plurinational State of Bolivia, not only human beings have rights, but so, too, does nature: the right to health, to reproduce itself, to be free of contamination. This is what we have to recognize at Rio+20 to really change the course of our relationship with our Mother Earth.

We consider that if in the Rio+20 process the laws of the market are imposed over the laws of nature, there will be an even greater impact on the integrity and functioning of the Earth system, there will be greater inequality among human beings, and there will also be issues of access to natural resources that conflict with the sovereign right of States.

Similarly, in the opinion of the Plurinational State of Bolivia, it is necessary to create at Rio+20 a new tax on financial transactions to opens up space for a mechanism that will allow us to create a “Fund for Sustainable Development” to help developing countries attend to the challenges and needs related to achieving sustainable development and ending poverty and inequality – something that is not found among the postulates of the commercialization and privatization of natural resources.

Finally, I borrow a phrase from the Indignant Movement in Spain that says: We are people, not products.” To continue on the path of what the green economy attempts to do will surely generate a world movement of “indignants” against the commercialization and plundering of nature.

Thank you.
Posted by Next Year Country