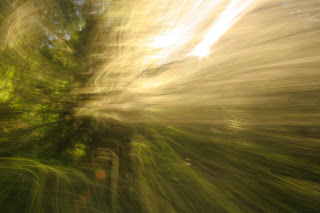 "Some people believe that deep ecology is not just compatible with ecosocialism, but a way to improve it. That’s a profound misconception that ignores deep ecology’s anti-human core."

The following was first posted on the online discussion group that was set up after the founding of the Ecosocialist international Network. I have added some suggestions for further reading.

Recently, some participants in this list have argued that ecosocialism would be enriched if it incorporated the philosophy and practice known as “deep ecology.” I don’t question their dedication or sincerity, but their argument reflects a misunderstanding of ecosocialism or deep ecology – or perhaps of both.

This is clearly illustrated by the post “Pachamama and Deep Ecology” by long-time deep ecology advocate Saral Sarkar.

In the course of his superficial and condescending article about the ecological program of the Bolivian government, Sarkar writes:


“But if the Bolivian leadership really means what Morales has said … if it seriously takes the task it has given itself, namely, to protect nature against the onslaught of civilization, then it ought to press for the withdrawal of humanity from large tracts of the earth, which is now almost fully occupied by it. Then it ought to demand that such vacated tracts are allowed to again become wilderness. It ought to demand that large parts of the forests, savannahs, rivers and swamps are not changed anymore. And, above all, it ought to tell humanity that it must reduce its own numbers and immediately stop all kinds of economic growth.”

It is hard to imagine a clearer illustration of the political and moral bankruptcy of deep ecology.

Since his goal is to protect “forests, savannahs, rivers and swamps” from human depredation, the first to be expelled under Sarkar’s proposal would undoubtedly be the people who now live in such places. Indigenous people, the primary victims of capitalism and imperialism, would become the primary victims of deep ecology.

In order to create an unchanging wilderness that hasn’t existed since cyanobacteria destroyed their own environment by producing oxygen several billion years ago, the world’s poorest and most exploited people must be dispossessed.

Who will decide which human beings must leave the places where they and their ancestors have lived for millennia? Who will enforce the compulsory migrations, and how will they do it? Where will the victims be moved to? Sarkar is silent on such questions.

And, since we must also “stop all kinds of economic growth” – not just capitalist growth, not just ecologically damaging growth, but all growth – how can we possibly meet the physical, social and psychological needs of hundreds of millions of deep ecology refugees? How will they survive in their new homes? Will they even have new homes?

You can call this deep ecology: a better label is ethnic cleansing.

Then he says humans must reduce our numbers. He doesn’t say by how much, but other deep ecologists write of a return to pre-industrial levels, a goal that would treat 90% of all currently living people as dispensable. Does Sarkar favor some global version of China’s mandatory one child policy? Or perhaps a no-children policy? Once again, who will decide, and how will such draconian policies be enforced?

I have written extensively about the fallacies of populationism, and I won’t repeat those arguments here – but it important to understand that despite its claims to philosophical profundity, deep ecology is ultimately just an extreme version of populationism, the view that the world’s ills are caused by human numbers.

For deep ecologists, people as such are the world’s biggest problem. In her insightful critique of deep ecology, Janet Biehl writes:


“Deep Ecology … regards the mere biological presence of human beings in any large numbers as intrinsically harmful to first nature … Of paramount importance to deep ecology is a radical and potentially ruthless scaling-down of the human population – indeed, population reduction as an issue has been named the ‘litmus test’ of deep ecology.” (“Theses on Social Ecology and Deep Ecology“)

As a result, whatever the illusions and desires of its advocates, deep ecology is profoundly anti-humanist, anti-humanitarian, and anti-humane.

That’s why it is incompatible with ecosocialism, and why no attempt to combine the two can succeed.

The founder of deep ecology was Norwegian mystic Arne Naess. His first public article on deep ecology was “The Shallow and the Deep,” published in 1973. He and George Sessions jointly drafted “A Deep Ecology Eight Point Platform” in 1984. In 1995, Sessions edited the anthology Deep Ecology for the 21st Century, which includes essays by Naess and others.

Too Many People? by Ian Angus and Simon Butler, discusses deep ecology among other populationist currents. It will be published in October by Haymarket Books but can be pre-ordered now.
Finally, Climate and Capitalism has published many articles on populationism. Click here for a complete list.
Posted by Next Year Country