How Green Became the Color of Money (Pt 2) 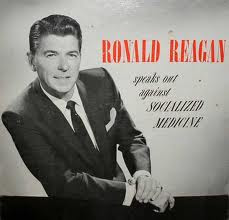 By the end of Reagan’s second term, the big environmental organizations were well-pickled in the political brine of Washington, with freshness and passion drained out.
Early in the 1988 campaign of George H. W. Bush, the Texas transplant attempted to distance himself from the environmental ethos of Reagan, who had said that if you saw one redwood tree you had seen them all. Bush’s strategy of revision was due mainly to the political instincts of Lee Atwater, who closely scrutinized polling data showing that support for green causes cut across class lines: over 70 percent of the voters wanted more governmental action to protect environmental quality.

Thus, Bush proudly claimed that he intended to be the “environmental president.” He went after Michael Dukakis, the governor of Massachusetts and the Democratic nominee, over the dismal condition of Boston Harbor. Bush pledged to support the reauthorization of the Clean Air Act, including new provisions aimed at controlling acid rain, and to take firm action to curb global warming. He actively promoted a plan for “no net loss of wetlands.”