Conference of the Democratic Left
27 August 2010 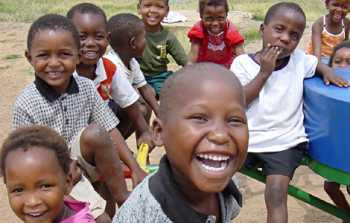 The Conference of the Democratic Left is an exciting political and ideological journey to refind a left compass in post-apartheid South Africa. It boasts a broad array of left and grassroots forces, that shaped conversations at the recent Gauteng and Western Cape provincial conferences.

The themes of this conversation point to an anti-capitalist politics that is transformative. Such a politics is neither narrowly electoralist nor trapped in permanent opposition. Instead, it is about a visionary and values based transformative politics, drawing on anti-apartheid traditions of peoples power (but re-defined on the terrain of democracy). This stands in contrast to the mainstream state centric national liberation left. In parallel with this conversation on a new left orientation the content of democratic left politics is also being debated in earnest. What is the content of the ‘ideological pole of attraction’ of the Democratic Left? What does the Democratic Left stand for?

The Case for Eco-Socialism

First, global capitalism and its crisis are integrally tied to the ecological limits it is confronting and engendering. Capitalism’s logic of unlimited accumulation is destroying the ecological conditions that sustain life through global warming, pollution, destruction of rain forests and bio-diversity and rapid consumption of finite resources. The dominant model of production and consumption is not sustainable and cannot be reproduced on a global scale. The world needs three planets to reproduce the American model of capitalism. Moreover, the externalising of ecological costs, both to citizens and to countries of the periphery, has reached its limits. Not only has the oil spill in the Gulf of Mexico forced BP to take financial responsibility, it has also exposed the occurrence of similar oil spills every few years in the Niger Delta wetlands for which transnational capital has been unaccountable. Finally, the short term rationality of capitalist accumulation, accentuated by finance capital, is incongruent with the cycles of nature. The capacity of the earth’s eco-systems to absorb the ecological consequences of the capitalist system is at an impasse. The challenge of global warming brings this to the fore sharply. The contemporary crisis of capitalism is not just a periodic cyclical crisis of financial booms and busts, it is a multi-faceted systemic crisis; we are living through a crisis of capitalist civilisation in its totality.

Second, 20th century ‘socialist modernisation’/state capitalism engineered by Stalin since 1929 (central planning and forced march industrialisation) did not address the ecological contradiction. The deification of the of the ‘forces of production’ led to the suppression of the ecological movement and it produced an ecological disaster in the Soviet Union. The Chernobyl nuclear tragedy epitomises this. Hence a 21st century Eco-Socialism is a necessary alternative that champions social equality and environmental justice at the same time.

A third and crucial argument for a 21st century Eco-Socialist alternative for South Africa recognises that such an alternative has been in the making for the past few decades. Besides disengaging from the Sovietised model of 20th century socialism, eco-socialists have been re-reading Marx to appreciate the nuance in his own perspective about both the contradictions between human beings and between humans and non-human nature. How this also expresses itself in the current dynamics of capitalist accumulation has generated analyses justifying Eco-Socialism. In this regard, contemporary eco-socialist thinkers like John Bellamy Foster, Andre Gorz, Rudolph Bahro, James O Connor, Almar Altvatar, Kate Soper, Hilary Wainwright, Evo Morales and movements like Via Campesina, grassroots waste recycling movements, the SOWETO Electricity Crisis Committee, communities struggling against water privatisation, the solidarity economy movement, the emerging environmental justice movement in South Africa and ecologically aware sections of the organised working class have a lot teach us about such an alternative.

Finally, South Africa is locked into a fossil fuel dependent development path, further accelerating global warming. National liberation ideology, with its Sovietised Marxist underpinnings, is blind to the ecological contradiction of contemporary capitalism. The current policy rhetoric on the ‘green economy’ emanating from the ANC state, supported by some in the environmental movements, falls short in three respects. First, it co-exists with a commitment by the South African government to the Copenhagen process. The Copenhagen agreement, amongst other things, affirms carbon trading (green neoliberalism) and a US centred eco-imperialist approach to global warming. Second, there is no conception of ecological restructuring within the ‘green economy’ framework and a sense of transition beyond the fossil fuel driven structures of South African capitalism. The ‘green economy’ idea is an add on in the context of increased expenditure on coal fired power stations by Eskom, an externalised economy serving the interests of transnational capital and a technocratic Afro-neoliberal state indifferent to social justice and ecological struggles happening at the grass-roots. The ‘green economy’ is nothing more than green wash. Third, the ‘green economy’ concept is merely part of the policy vocabulary of a ruling elite preparing to host COP17 in 2011. It is part of the language of show casing South Africa and not about real transformation.

Towards an Eco-Socialist Programmatic Alternative for South Africa

The CDL approach to developing an Eco-Socialist programmatic alternative for South Africa recognises the era of ‘blue print’ socialism is over. Moreover, it is recognised that the ‘cult of the ideologue’ at the centre of a hierarchical vanguardist party belongs to the era of ‘fordist politics’, is authoritarian and steeped in orthodoxy. In a world with a globalised and complex division of labour, underpinned by specialisation in knowledge and information based technology the only alternative for building the capacity of transformative politics from below is to ensure the social character of knowledge and how eco-socialist solutions are put forward. Thus a democratic left transformative politics has to find exit points from the contradictions of global capitalism through class and popular struggles from below such that a collective intellectual process prevails. In practice for the CDL this means advancing three crucial grassroots transformative organising efforts that will give content to a democratic Eco-Socialist alternative for South Africa.

Listen to the People Campaign!

This campaign is a platform to give voice to the various grass communities and social movements making claims on the state for service delivery. During the World Cup this campaign platform has succeeded in exposing the hypocrisy of the ANC-led state amongst these grassroots communities and beyond. The spending of billions on soccer stadiums and entertainment at the expense of meeting peoples needs has been highlighted. This resonates with concerns by communities themselves that “stadiums can be built at record speeds but why can’t our needs be met”! Moreover, the consequences this has for the macro-economy in terms of a consumption led bubble (which will burst after the world cup), macro-economic imbalances in terms of imports, the fiscal crisis of the state, particularly local government, South Africa’s carbon footprint and continuity with a neoliberal accumulation model that serves the interests of capital have been sharply fore-grounded. This campaign has also rallied forces in opposition to the democratic deficit imposed by the ANC-government/FIFA alliance in terms of suppressing our democratic freedoms and rights to struggle. Movements like the APF were fully supported in their challenge against the ANC government-FIFA clamp down on protest action during the World Cup. The symbolic victory of keeping the democratic space open ensures that grassroots struggles that were happening before the World Cup have continued during it and will continue after it. Hence, the Listen to the People campaign is emphatically against South Africa hosting the Olympic games as another spectacle meant to foster a ‘united nation’ when in fact South Africa is socially polarized because of its deep inequalities that such events will further reproduce.

A People’s Summit on Climate Change

The Climate Change Conference of the Parties (COP17) to be held in South Africa in 2011 is about the battle for the future of civilisation. Given the direction of the Copenhagen summit and given the emphasis amongst developed capitalist economies to save big financial institutions rather than resource ecological restructuring of their economies, eco-debt and adaptation, COP17 is unlikely to deliver the outcomes required to save planet earth. This is consistent with a general trend of global reform efforts since the adoption of the Kyoto protocol. The world today is bereft of a politics at the top that can address climate change as a problem inherent to the logic of global capitalism. Instead a politics of peddling ‘green-wash’, ‘green capitalism’, ‘green economy’ and outlandish techno-solutions (like geo-engineering) are the order of the day. The CDL is committed to keeping alive a platform to ensure peoples voices are heard and global solidarities are established to confront climate change. Our point of reference is the World Peoples Conference on Climate Change and the Rights of Mother Earth held in Bolivia during April of 2010 and the forthcoming World Social Forum (WSF). Post the WSF the CDL will champion a Peoples Conference on Climate Change in South Africa. Such a conference will conduct a thorough assessment of the Zuma-led ANC government’s approach to climate change and will put forward alternatives for the ecological restructuring of the South African economy to drastically reduce carbon emissions while meeting peoples needs.

The solidarity economy is an alternative to the BEE approach (narrow or broad) of the ANC led Alliance with regards to cooperatives and other socialised forms. It is a transformative alternative seeking to build the capacities of the working class and the poor from below to lead a process of structural change, grounded in values. It is about building socialised production, consumption and financial institutions which build people’s power to meet human needs and ensure environmental justice. The central campaign of the solidarity economy is to build local food economies as a response to the widespread hunger and food stress in township communities.

The Conference of the Democratic Left is scheduled for December 2010. To elaborate an Eco-Socialist programmatic alternative for South Africa it has to develop an analysis of the global and national political economy dynamics that reproduce the ecological contradiction of contemporary capitalism. Second, it has to maintain its emphasis on grassroots transformative organising. Finally, the CDL process has to maintain the conditions for grassroots voices to shape the content of its Eco-Socialist alternative for South Africa, including what an Eco-Socialist local government will be all about.

Author: Vishwas Satgar is a member of the national convening committee of the Conference of the Democratic Left. This is the second part of a two-part contribution to the SALB on the politics and ideology of the CDL.
Posted by Next Year Country