Downsize or Modify? A Conversation with Noam Chomsky 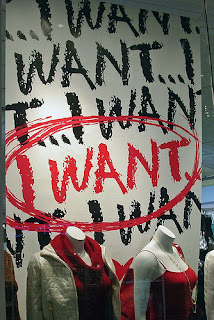 While Noam Chomsky surely needs no introduction, as they say, that doesn’t mean interviewing him has to follow a blueprint. So, after seeing him in a video called Are We Running Out of Oil? I decided to initiate a conversation about the future…or perhaps lack thereof.

What will happen if activists don’t kick things up a few thousands notches and provoke massive changes in the way humans currently live? Chomsky and I, of course, agree it’d be best to create such change and learn the answer to that question. On a few other points, we didn’t agree.


Mickey Z.: I recently watched a video on climate change in which you were one of the featured interviewees. You talked quite somberly about the recent elections being a “death knell” for humanity and us “kissing our species goodbye.” I’ve read your work for decades but can’t seem to recall you using such language in this context. In your view, have we humans waited too long to take action? Do you believe we can/should downsize our industrial culture before it downsizes itself?

Noam Chomsky: If I said the elections are a death knell, I went too far. But I think it’s fair to say that they do threaten that outcome. Even the business press is concerned. Bloomberg Business Week reported that the elections brought into office dozens of climate change deniers, swelling support for Senator James Inhofe, who has declared global warming to be the “greatest hoax ever perpetuated on the American people” and feels “vindicated” by the election. He probably is also celebrating the ascendance of representative John Shimkus who assures us that God would prevent dire effects of climate change; analogues would be hard to find in other societies. And probably is also celebrating the fact that according to recent polls, barely a third of Americans now believe that human activities are a factor in climate change – very likely the result of a major corporate propaganda offensive, openly announced, to achieve this result. It’s important to bear in mind that those who orchestrate the campaigns know as well as the rest of us that the “hoax” is real and ominous, but they are pursuing their institutional role: maximizing short-term profit and putting aside “externalities,” in this case the fate of the species. Modifying the core institutions of the society is no small challenge. This confluence of factors should serve as a grim warning. If the US continues to drag its feet on addressing these grave problems, the rest of the world will have even less incentive to proceed with serious measures. I don’t think that entails downsizing industrial culture. Rather, converting it to sustainable form to serve human needs, not private profit. For example high speed rail and solar technology do not downsize industrial culture.

MZ: When I say “downsizing industrial culture,” I’m suggesting that any lifestyle based on relentless resource extraction is by definition, un-sustainable. So, I would counter that “serving human needs” is partly what got us in this mess in the first place. Considering that 80% of the forests have been destroyed and 90% of large fish in the ocean are already gone, maybe we need a more holistic perspective on “needs”?

NC: I’d still give the same answer. Human needs are served by a sustainable lifestyle, almost by definition, if humans include coming generations. And a shift to such technologies as high-speed rail instead of maximizing fossil fuel use, and solar energy, is not “relentless resource extraction.”

MZ: I guess what I mean is what about non-human needs? We can’t survive without a functioning eco-system and most of the accepted suggestions—recycled goods, CFL bulbs, etc.—are way too little, way too late. As someone who has surveyed the shifting tides of human culture, can you foresee Americans stepping up to make the kind of changes and sacrifices required to ensure “coming generations”?

NC: I’m not sure what you mean by “non-human needs.” A functioning eco-system is a human need. Are you thinking of the needs of non-human animals? Say beetles? They’ll probably survive whatever we do to the eco-system. I quite agree that the standard suggestions are too little. If they are too late, then it follows, logically, that we really can kiss each other goodbye. But I think that’s too grim a forecast. On whether Americans can step up, it’s hard to be optimistic. Certainly current trends are in the opposite direction, as I mentioned.

MZ: So, if you’re not optimistic about Americans stepping up, what it is that keeps you from maintaining as “grim” a forecast as I?

NC: Because not being optimistic falls a long way short of predicting that all is finished. There are still options. If you really think the game is over, what’s the point of even discussing these topics?

MZ: The only game I feel is over is the widespread belief that minor tweaks and changes can make enough of a difference. What I’m sincerely wondering is what, as you see it, are the options that remain?

NC: I think we agree on that. The options that remain are much more dramatic and far-reaching initiatives, and the sooner the better.

MZ: Which brings me back to my initial point about downsizing. High-speed rail requires unsustainable and toxic practices like mining, etc. Solar energy is obviously better than fossil fuels but isn’t truly sustainable if it’s solely used to replace fossil fuels in the name of supporting an unsustainable industrial/technological culture. As for those beetles you mentioned earlier, surely you know that valuable insects like bees are being wiped out by this same human culture. So what I’m asking is for a clearer idea of what you see as the dramatic and far-reaching initiatives we need.

NC: Bees are being wiped out, but beetles aren’t. The choice today is not between eliminating transportation and wasting fossil fuels, but between more and less wasteful forms of transportation. Same with regard to solar energy. There’s no point discussing options that haven’t even a remote chance of being implemented, and would be massively destructive if they were. What has to be done today is (1) large-scale conversion (weatherizing, etc.), (2) sharp change in transportation to greater efficiency, like high-speed rail, (3) serious efforts to move to sustainable energy, probably solar in the somewhat longer term, (4) other adjustments that are feasible. If done effectively, that might be enough to stave off disaster. If not, then we can give up the ghost, because there are no alternatives in this world, at least none that I’ve seen suggested.

Also, I do not see how we can rationally oppose high speed rail because of the environmental and other costs without considering the social and human consequences of the radical elimination of transportation that this entails.

MZ: I do so because I feel the “environmental and other costs” are virtually indistinguishable from the “social and human consequences.” Preserving the unsustainable system that has put all life on earth at risk, to me, carries far worse potential consequences than beginning the process of dismantling that system. Neither option is even remotely appetizing but only one option accepts the inherent destructive nature of the industrial infrastructure as it stands now.

NC: Your reply illustrates exactly the problem I see constantly. You are certainly entitled to this opinion, but merely asserted it cannot carry any conviction. I’m sorry that you don’t see that your comment does not address the issue.

MZ: I’m sorry that you can’t see how it does.

NC: Then we agree.

MZ: Although we continued talking at that point, this marked the end of our official interview. However, I feel I would be remiss if I did not voice my fervent disagreement that there are “no alternatives in this world” to the four options Chomsky lists above.

We all know there’s much, much more everyone of us could be doing—right now—and the only reason so many believe these tactics don’t have “even a remote chance of being implemented” is that so few activists can see past (non-indigenous) “human needs” and/or have the stomach for drastic change. To me, the option that’s most “massively destructive” (to use Chomsky’s words) is the option of maintaining the structure that currently threatens all life on earth.

Mickey Z. is probably the only person on the planet to have appeared in both a karate flick with Billy "Tae Bo" Blanks and a political book with Howard Zinn. He is the author of 9 books—most recently Self Defense for Radicals and his second novel, Dear Vito—and can be found on the Web. Read other articles by Mickey.
Posted by Next Year Country

Email ThisBlogThis!Share to TwitterShare to FacebookShare to Pinterest
Labels: consumerism