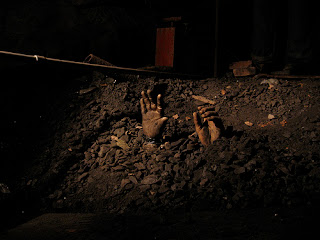 In the digital age, half our electricity still comes from coal.
DIRTY BUSINESS: "Clean Coal" and the Battle for Our Energy Future is a documentary that reveals the true social and environmental costs of coal power and tells the stories of innovators who are pointing the way to an alternative energy future. Guided by Rolling Stone reporter Jeff Goodell, the film examines what it means to remain dependent on a 19th century technology that is the largest single source of greenhouse gases. Can coal really be made 'clean'? Can renewables and efficiency be produced on a scale large enough replace coal?

The film seeks answers in a series of stories shot in China, Saskatchewan, Kansas, West Virginia, Nevada and New York.