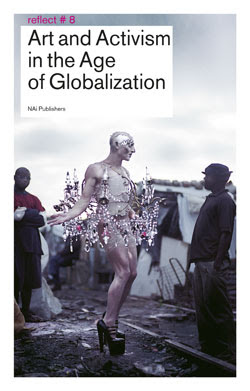 Infamous for fomenting mass disobedience on bicycles during the Copenhagen climate Summit, touring the UK recruiting a rebel clown army, running courses in post-capitalist culture and falling in love with utopias, the Laboratory of Insurrectionary Imagination exists somewhere between art and activism, poetry and politics. The Laboratory of Insurrectionary Imagination is not an institution or a group, not a network nor an NGO, but an affinity of friends who recognize the beauty of collective creative disobedience. It treats insurrection as an art, and art as a means of preparing for the coming insurrection.

Creation and resistance are the entwined DNA strands of the Lab’s practice. It sees art and activism as inseparable from everyday life. Its experiments aim not to make art but to shape reality, not to show you the world but to change it together. The Laboratory of Insurrectionary Imagination brings artists who have escaped the prisons of the art world together with activists who want to revolutionize forms of political action. Together they apply their creativity to the engineering of social movements. Working without hierarchy, taking direct action, practicing self-management and living ecologically, they refuse to wait for the end of capitalism, but attempt to live in spite of it.

In this interview from the new book Art & Activism in the Age of Globalization, the Laboratory's co-founders Isa Fremeaux and John Jordan talk about their inspirations and aspirations.