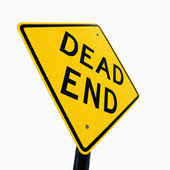 In the wake of new nuclear power plant build rebukes in both Germany and Italy, a new poll conducted by international research company Ipsos for Reuters News finds that global support for nuclear energy has dropped quickly to 38% (down 16 points from 54%) to now become lower than support for coal (48%)—fuelled by a 26% jump in new opponents to nuclear power (above 50% in India, China, Japan and South Korea) who indicate that the recent crisis in Japan caused their decision.

Ipsos also released a detailed power point presentation of their findings. The survey of nearly 19,000 people in 24 countries also showed that nearly three-quarters of people think nuclear energy is only a limited and soon obsolete form of energy. Solar energy topped the charts with 97% of respondents strongly favoring it, closely followed by 93% for wind power.
Posted by Next Year Country