Cuba Boosts Use of Renewable Sources of Energy 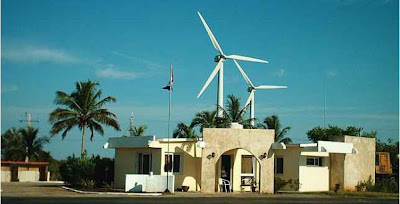 HAVANA, Cuba, - The vice minister of the Basic Industry, Juan Manuel Presa, said on Monday that Cuba will continue to boost the use of renewable sources of energy, particularly eolic (wind) energy.

Speaking to ACN, Presa added that in Cuba there are currently 100 wind-meter stations to collect reliable wind data at a height of 50 meters in order to assess the existing potential in the country. In this regard, he noted that it is possible to immediately install equipment of up to 600 MW in the northern coast of the central and eastern regions of the island.

Today, there are four wind farms in Cuba with 20 wind turbines that contribute 11.7mw to the national system and, according to studies, several farms could be created with a potential of more than 2,000 MW.

Tania Carbonel, director of the Center for Studies on Renewable Energy Technologies, of Havana’s Jose Antonio Echeverria Polytechnical Higher Institute, said that wind energy has many advantages. “It is very cheap and clean because it produces no air or water pollution since no fuel is burned.” 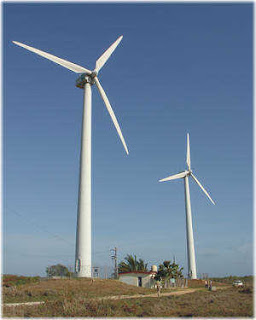 Carbonel added that recent high fossil fuel prices and the problem of pollution, has accelerated the research in the direction of alternative energies.

Major users of eolic power are Denmark, Spain, Portugal, Germany, Ireland, India, China and the United States. In some of these countries it provides nearly 10% of total electricity production.

According to the World Wind Energy Association, it is difficult to assess the total number or capacity of small-scaled wind turbines, but in China alone, there are roughly 300,000 small-scale wind turbines generating electricity.
Posted by Next Year Country