Climate Change And Social Justice: Towards An Ecosocialist Perspective

By Asit Das
Reflections Of A Rebel Blog 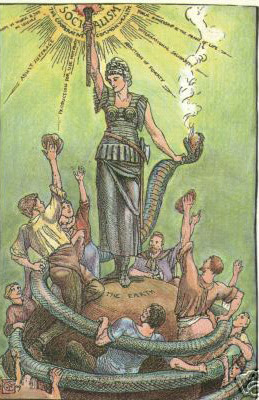 After the Kyoto protocol and the IPCC report, climate change has emerged as a serious issue facing mankind. Climate change and the issues of social justice should be seen in the context of the urgency of the global ecological crisis.

Some writers think that the origins of today’s global ecological crises are to be found in the unusual response in Europe’s ruling states, to the great crisis in the 14th century 1290 -1450. There are indeed striking parallels between the world system today, and the situation prevailing in a broadly feudal Europe. At the dawn of the 14th century, the agriculture regime, once capable of remarkable productivity, experienced stagnation. A large population shifted to cities; western trading networks connected far-flung economic centers. Resource extraction like copper and silver, faced new technical challenges, fettering profitability. After some six centuries of sustained expansion, by the 14th century it had become clear that feudal Europe had reached the limits of its development, for reasons related to its environment, its configuration of social power, and the relations between them.

What followed was either immediately or eventually the rise of capitalism. Regardless of one’s specific interpretation, it is clear that the centuries after 1450 marked an era of fundamental environmental transformation. It was to be commodity-centered and exclusive, it was also an unstable and uneven, dynamic combination of seigniorial capitalist and peasant economics.