We are Facing the Greatest Threat to Humanity: Only Fundamental Change Can Save Us

Quite simply, human-centered governance systems are not working and we need new economic, development and environmental policies. 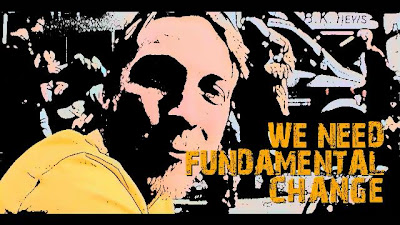 We all know that the earth and all upon it face a growing crisis. Global climate change is rapidly advancing, melting glaciers, eroding soil, causing freak and increasingly wild storms, and displacing untold millions from rural communities to live in desperate poverty in peri-urban slums. Almost every human victim lives in the global South, in communities not responsible for greenhouse gas emissions. The atmosphere has already warmed up almost a full degree in the last several decades and a new Canadian study reports that we may be on course to add another 6 degrees Celsius (10.8 degrees Fahrenheit) by 2100.

Half the tropical forests in the world – the lungs of our ecosystems – are gone; by 2030, at the current rate of harvest, only 10% will be left standing. Ninety percent of the big fish in the sea are gone, victim to wanton predatory fishing practices. Says a prominent scientist studying their demise “there is no blue frontier left.” Half the world’s wetlands – the kidneys of our ecosystems – were destroyed in the 20th century. Species extinction is taking place at a rate one thousand times greater than before humans existed. According to a Smithsonian scientist, we are headed toward a “biodiversity deficit” in which species and ecosystems will be destroyed at a rate faster than Nature can create new ones.