The Politics of Doubt: How climate skeptics have abused both science and the public trust 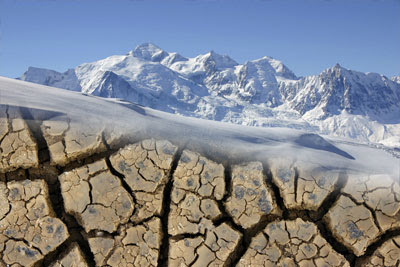 In a recent article entitled, ‘Climate skeptics have been stifled’, a local global warming skeptic proffered the truism that ‘consensus is not proof’.
Before responding to the two very important sentiments expressed above, it is first apropos to affirm that the technical arguments cited by the author—arguments routinely trotted out by global warming skeptics—have all been factored into and/or addressed by the IPCC and its scientists. The fact, for instance, that there was a ‘little ice age’ in Europe from 1550 to 1850 is true, but it was a purely local phenomenon and was balanced out by a similar increase in temperature in the tropical Pacific. Or take the ‘now discredited’ graph (the ‘hockey stick’) representing the dramatic rise in temperature over the past century relative to the past millennium. In fact, though there was some initial controversy over the graph, the most up-to-date studies have confirmed it unequivocally.

Thus, having lost the battle in the scientific arena, the skeptics have not only taken to the mass media to promulgate their cause, but have additionally resorted to the charge that they are not getting a fair hearing in this alternate venue. Let’s take a look at that.

The idea that climate skeptics have been ‘stifled’ is not only false, it is a complete inversion of the truth. In fact, such skeptics have received mass media exposure not just vastly out of proportion to their numbers, but even more so, out of all proportion to the number of their peer reviewed papers in climatology. That they have been able to do so is due to their well-established connections with a slew of conservative and highly influential ‘think tank’ institutions (including the Cato Institute, the Competitive Enterprise Institute and the Heritage Foundation) whose fundamental ideological stance supports laissez-faire government and a policy of rabid corporate and financial deregulation. Indeed, a recent academic survey of environmentally skeptical books found that 92% were linked with such think tanks. One of these, the George C. Marshall Institute has been particularly instrumental in manufacturing doubt on virtually every significant social/scientific issue over the last quarter century. 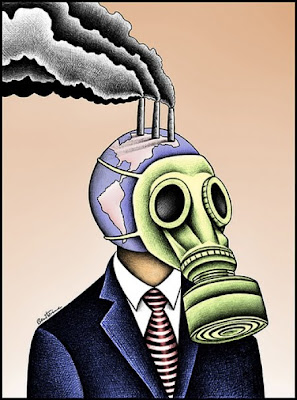 Founded in 1984 by three very prominent Cold War nuclear physicists, the Marshall Institute has weighed in against—that is, in denial of—the dangers of cigarette smoking, the reality of atmospheric ozone depletion, the effects of acid rain, the problems caused by second hand smoke, the offensive nature of the US Strategic Defense Initiative (Star Wars), and, of course, last but not least, the existence of anthropogenic climate change. Though having been shown, in each and every case, to be wrong, this relative handful of scientists—largely from outside the specialized fields they were attacking—have, nonetheless, been successful in generating a climate of doubt that has obscured and delayed progressive legislation on these matters often for decades. That such doubt-mongering is a deliberate, Machiavellian strategy is reflected in a formerly secret report from the tobacco industry that famously stated, ‘Doubt is our product’.

One of the key tactics routinely deployed in this ‘manufacturing of doubt’ is the notion that science has not provided absolute ‘proof’ of the issue in question. Invariably, of course, the ‘issue in question’ consists of a dire threat to the commonweal, whose remedy simultaneously represents a dire threat to capitalist profits. But more than its tendentious deployment is the deliberate misconstruing of the nature of scientific proof. The latter is technically only rigorously applicable in the field of mathematics.

In the fields of physical and biological science, on the other hand, the notion of absolute proof has long been superseded by the idea of ‘probabilistic confidence’—what in common parlance we would call, ‘beyond reasonable doubt’. Now, ‘confidence’ does not mean that all uncertainty is ruled out, merely that, for the time being, the overwhelming consensus of expert opinion is that they, we, must proceed as if it were true. To do otherwise would mean being trapped, forever impotent and vacillating, within the eddy of an, often, ultimately irreducible uncertainty. True science thrives on uncertainty, it is not enslaved to it.

It is, however, precisely with respect to these inevitable pockets of uncertainty that the ‘merchants of doubt’ ply their trade. In her book, ‘The Secret History of the War on Cancer’,Professor Devra Davis illustrates how the environmental and occupational causes of cancer are today being similarly misrepresented and obfuscated by the use of an inappropriate, ‘legalistic’ sense of proof. As she points out,the causal connection between coal soot and scrotal cancer in 18th century (child) chimney sweeps would never pass muster in a court of law today. Why? Because coal soot is composed of hundreds of elements and no plaintiff wouldever be able to ‘prove’ unequivocally exactly which chemicals (or which combination of chemicals) were responsible. But such is the present-day judicial requirement. This is ‘proof’ run amuck. 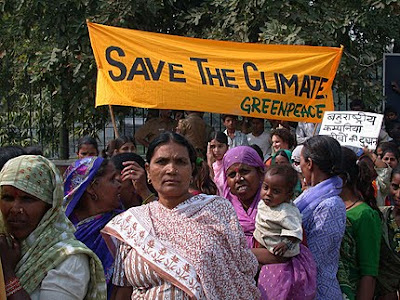 Finally, what is truly frightening about global warming skeptics is how totally immune to the consequences of their actions they appear to be. For just as with cigarette smoking and environmental carcinogens, where the consequences of not employing the precautionary principle in the face of reasonable evidence resulted in (and continues to result in) the preventable deaths of untold millions of human beings, the fanatical and ideologically driven refusal to employ the precautionary principle on an issue of such potentially catastrophic consequence as global warming is both tragic and mind-boggling.

As the popular saying goes: ‘If the scientists are wrong and we act, you end up with a renewable energy economy. If the skeptics are wrong and we do nothing, you get a dead planet.’ You don’t have to be a scientist to make that choice.
Posted by Next Year Country