Celluloid Blue and Green: How Bullfrog Films is Bringing Together Environmental and Working-Class Concerns 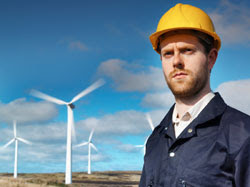 In 2009 Emagazine represented the coming together of labor and environmental activists as the marriage of “blue” and “green.” Environmental journalist Ethan Goffman chronicled the new alliances being made between the two (previously opposed) camps, such as the United Steelworkers and the Sierra Club’s BlueGreen Alliance.


Another place where blue and green are coming together is in the documentary films being distributed by Bullfrog Films. The Reading, PA company was founded in 1973 by an Englishman, John Hoskyns-Abrahall (now an American citizen) and his wife, Winnie Scherrer. The young idealists met in the early 1970s at the Annenberg School for Communication in Philadelphia, and, to their mutual delight, they have been able to make a living distributing progressive documentaries for the last three and a half decades.
Bullfrog Films tackle the core themes of environmentalism and sustainability. The name of the company references the “chorus of bullfrogs” that Hoskyns-Abrahall and Scherrer hear around the pond at their home/business outside Reading, PA—on a plot of land that was once a turkey farm. As the company website explains, the bullfrog is also a “symbol of survival and adaptability.” One final reference: the 1969 British independent film, Bronco Bullfrog, was the first film that Hoskyns-Abrahall worked on when he thought he was on route to become a solicitor. Now a cult classic, Bronco Bullfrog chronicled the lives of down-and-out teens in the depressed back alleys of East London in black and white.
Today Bullfrogs Films has hundreds of eclectic titles on subjects ranging from the children of Mexican immigrants, Which Way Home, a film about an overlooked ubiquitous resource; Dirt! The Movie; and a film that chronicles the high-stakes pranks of a group of crafty performance artists, The Yes Men Fix the World. You can search their titles by “subject,” with subject keywords as diverse as Opera, War and Peace, Labor and Work Issues, Death and Dying, Genetically Modified Foods, Burma, Habitat, Recycling, Reproductive Rights, and Capitalism.

What impresses me about Bullfrog Films is the way in which they frequently put ordinary workers and immigrants at the center of their concerns about sustainability. I have always rejected a certain kind of “Save the Spotted Owls” environmentalism that assumes that it is OK to make loggers extinct in the process of saving endangered birds. Instead, the films distributed by Bullfrog Films connect the work of saving the planet to other political and economic issues. You might see some doe-eyed baby seals in their catalog, but you will see some doe-eyed human beings, as well, crying out for justice in a time of economic and environmental disaster.

Two recent Bullfrog titles that address issues of class include The American Ruling Class (2007) and What’s the Economy for Anyway? (2010) The American Ruling Class is a quirky genre all its own: a “documentary musical.” In fact it is a kind of inverted reality show, in which the characters are fictional but the circumstances are real. The film was written by (and stars) the real life former Harpers Magazine editor Lewis Lapham as he tries to help two fictional Yale graduates. Jack, from a wealthy family, accepts an offer to work for Goldman Sachs after graduation. The other Yale man, Mike from a more modest background, works as a waiter and wants to be a writer. Mike is the character we are rooting for to save the world, and most of the film consists of Mike’s tour of the ruling class, from Wall Street to Hollywood to Mexico.

Along the way the two young men meet an astonishing number of actual members of the ruling class, including Bill Bradley, James A. Baker III, Lawrence H. Summers, Arthur Ochs Sulzberger Jr., most of whom deny the existence of their own kind. Mike also meets some of the great progressive intellectuals and artists, too, including Barbara Eherenreich, Kurt Vonnegut, and Robert Altman. At the end of the film, one of our country’s greatest living treasures, Pete Seeger, plays the banjo while walking Mike down the path to either his job interview at Goldman Sachs or something more noble. We’re not entirely sure. What we are sure of, however, is that Lewis Lapham has an impressive rolodex. To see James A. Baker III placidly deny the existence of a ruling class is to see something rather extraordinary indeed. 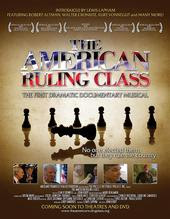 The other film, What’s the Economy for Anyway? is more explicitly didactic, but I also found it to be more gripping. What IS the economy for, anyway? Is it for a small group of people to become wealthy? Or is it for the greatest good? The film’s creator and narrator, David Batker, is an ecological economist who is also bald and a bit of a goofball. Throughout the film he combines startling facts with dopey animated graphics and corny sound effects in order to explore Gifford Pinchot’s (Secretary of the Interior under Roosevelt) assertion that job of the economy is to create “the greatest good for the greatest number over the longest run.”

Watching Batker’s film, I learned a lot. Is the US really the only Western country that doesn’t have a law guaranteeing paid vacation time? Yes. Is the US really one of four nations in the world that has no federally mandated paid maternity leave? Yes. Are Americans more likely to be depressed and/or suicidal than Europeans? Yes.

Batker’s profession of “ecological economist” is new to me, but it seems like a good idea. It is high time Blue and Green to came together, in the political arena as well as on film. It is also heartening to see an ecologically oriented film company that does not focus narrowly on butterflies, bees, water, and plastic. Instead Bullfrog Films, like Gifford Pinchot himself, is interested in the greatest good—the idea that quality of life for ordinary workers must be conserved if we want the ultimate in sustainable living.

Kathy M. Newman is professor of Literary and Cultural Studies at Carnegie Mellon University. She was involved in the effort to unionize Teaching Assistants at Yale University in the 1990s and she is currently finishing a book, Blacklisted and Bluecollared: How Americans Saw Class in the 1950s.