Climate change: The facts of life

Political action seems again improbable, but it remains more urgent than ever 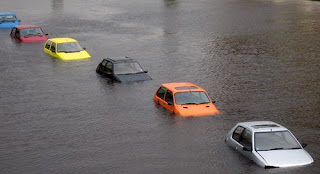 Climate change now reveals itself on a weekly basis. Scientists this month identified a colony of the Aedes aegypti mosquito, which carries both yellow fever and the dengue virus, in the Netherlands. This African insect had not been seen in Europe for more than 50 years. A few days later US researchers reported that on the evidence of satellite data, global plant productivity – which had increased by 6% in two decades, in response to the extra carbon dioxide in the atmosphere – has begun to decline in the 21st century: a response to higher temperatures and changing rainfall patterns. A week later students in the high Arctic reported that a glacier in Svalbard that had been retreating at an average annual rate of 20 metres since 1926 was now retreating by 40 metres a year.

None of these reports was directly about global warming. The first was a salutary reminder that infectious disease can hitch a plane ride anywhere. The mosquitoes were unlikely to survive a Dutch winter: the surprise was that tropical insects could flourish in a North Sea summer. The second confirms that although plants benefit from the longer growing season and the richer carbon dioxide supply implicit in a greenhouse world, the overall picture may still augur badly for world food supplies. And the third finding was part of a project to give students a taste of field research by measuring climate and glacial variations over time. What links all three is that the evidence is apolitical. Plants, insects and ice streams are mute, disinterested witnesses to a warming world. 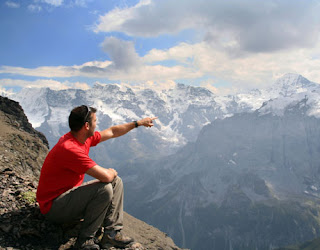 Anxiety about climate change may have, so to speak, gone off the boil in Washington, where the Democrats show no appetite for decisive action. In Australia, climate change is a political football, kicked about in the power game played in Canberra. Even the empty rhetoric that distinguished last year's Copenhagen summit has evaporated: gone with the wind, amid controversies such as yesterday's Intergovernmental Panel on Climate Change inquiry into errors in its assessment of the retreat of Himalayan glaciers.

Does it matter? The answer is, clearly, yes. Worldwide, June was the hottest June since records began; July was the second hottest ever recorded. Pakistan has just experienced both extreme heat and catastrophic floods; Russia has been scorched by heatwave and its forests incinerated. None of these events should be linked directly to global warming: they might well have happened anyway. However, both are consistent with predictions by the IPCC that in a warming world, extreme events may be more frequent, more intense. So the floods in Swat and the Indus valley are, like the yellow fever mosquitoes of the Netherlands, an indication that things could get worse. 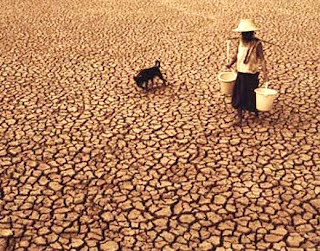 But here is the bad news: things will get worse. The same thermal inertia that delays by minutes the warming of water in a kettle applies to the planet's oceans, too. If all nations stopped burning fossil fuels immediately, the planet's oceans would still go on warming, sea levels would continue to rise, heat waves would kill thousands in the temperate zones and windstorms and floods would kill tens of thousands in the tropics. To have prevented the very modest levels of warming the world has seen so far, governments should have taken decisive action 30 years ago. But in 1980 nobody – and that included most climate scientists – appreciated how swiftly climate might change; how alarmingly a planet's temperature could begin to climb.
Critics of climate research argue the data are incomplete, the climate modelling uncertain, the predictions inconclusive. But as we report today, that notable contrarian Bjørn Lomborg is now arguing that the threat is severe and demands action. Reminders of the reality of climate change are now reported almost every week. Political action – real, determined and concerted action – seems again improbable. But it also remains more urgent than ever.
Posted by Next Year Country