A World in Collapse? 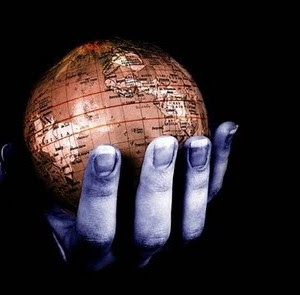 Robert Jensen is a professor in the School of Journalism at the University of Texas. He is the author of Getting Off: Pornography and the End of Masculinity; The Heart of Whiteness: Confronting Race, Racism and White Privilege; and Citizens of the Empire: The Struggle to Claim Our Humanity, among other works. He spoke to NLP’s Alex Doherty about the threat of environmental catastrophe.

You have written that: "To be fully alive today is to live with anguish, not for one’s own condition in the world but for the condition of the world, for a world that is in collapse." Even amongst environmentalists it is rare to describe our situation in such apocalyptic terms. Why do you think it is justified to describe the world as collapsing?

Take a look at any measure of the fundamental health of the planetary ecosystem on which we are dependent: topsoil loss, chemical contamination of soil and water, species extinction and reduction in biodiversity, the state of the world’s oceans, unmanageable toxic waste problems, and climate change. Take a look at the data, and the news is bad on every front. And all of this is in the context of the dramatic decline coming in the highly concentrated energy available from oil and natural gas, and the increased climate disruption that will come if we keep burning the still-abundant coal reserves.

There are no replacement fuels on the horizon that will allow a smooth transition. These ecological realities will play out in a world structured by a system of nation-states rooted in the grotesque inequality resulting from imperialism and capitalism, all of which is eroding what is left of our collective humanity. “Collapsing” seems like a reasonable description of the world.