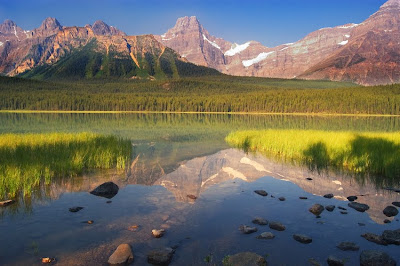 Some of Canada’s most stunning natural beauty is in the prosperous province of Alberta. Walk through downtown Calgary and you get the vibe that it is the true economic center of Canada. Banff and Jasper National Parks boast incredible scenery and awe-inspiring wildlife. About 275 miles and a nine-hour drive away, the landscape changes, and displays the driver behind Alberta’s economic success.

This region, close to the Saskatchewan border, is home to the tar sands, sometimes named the oil sands, often referred to as the oil patch. The tar sands are not really sand, nor do they appear to be what most would define as tar or oil. Technically it is bitumen, which is very sticky and dense, mixed into the soil. But as easily accessed oil becomes harder to find, the tar sands have become a gold mine for energy companies. Massive operations manage to transform these huge deposits of dirt into fuel—making Canada the largest exporter of fossil fuels to the United States. And the price tag, by just about every metric, is huge. Alberta’s government states that the extraction of energy from these lands is sustainable—but many Albertans and Canadians elsewhere are not convinced.

For over forty years, energy companies have been digging massive open pits in northeast Alberta. The necessary equipment is huge: trucks weigh 400 tons, huge silo-like structures dominate the landscape, and the shovels are scores of feet high. Many of the workers fly into Fort McMurray, this region’s largest town, where they work for weeks at a time. With those workers come other supplies that have to be flown in or hauled from hours away. Some of the pits the workers have dug are so large it can take half an hour to drive around them. Until recently all that soil was hauled to facilities where massive amounts of heated water blasted through the mixture, which separated the bitumen from the soil, melting it into petroleum. 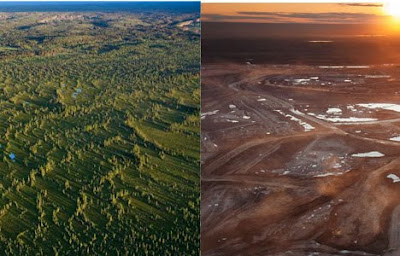 Pit mining left huge scars in the landscape, but now the technology is changing. Now enormous pipes shoot 500-plus degree water into the ground, working like those old percolating coffee pots from a couple generations ago. The melted bitumen comes to the surface, is separated from the water, and that water is reused again. But all that water requires natural gas to heat it, with what some would describe as perverse results: even the most efficient operation requires 750 cubic feet of natural gas for every barrel of oil squeezed out of the ground.

Now Alberta’s government has stepped in and has promised that it will consider reclaiming up to one-fifth of the lands that were developed for the tar sands’ development. Local environmental groups have demanded that 40% of the land, mostly boreal forest, slated for tar sand exploration be set aside and conserved. One company, which has leased and developed over 17,000 hectares of land since the 1960s, promises to restore one-eighth of that land by 2015: an ambitious goal since less that 7% has been restored so far. Many activists who are concerned with the tar sands’ development impact on the land claim that “restoration” does not change the fact that ecosystems and wildlife are forever altered. 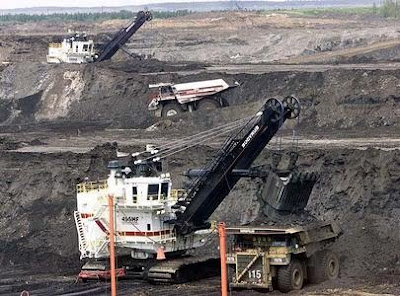 Environmental groups face a daunting task: taking away the opportunity to sell energy to a neighbor to the south that has an insatiable thirst for fossil fuels, and relishes the opportunity to source it from a country with which it is on friendly terms. Estimates suggest about 20 years of reserves are left. And the odds are that Americans are not going to pay Canadians to not extract that oil and follow the lead of Ecuador. Does it really make sense to extract oil through a process that is eight times as polluting than conventional oil drilling, or is restoration and just hoping for the best the best option?
http://www.triplepundit.com/2010/08/alberta-canada-insists-oil-rich-tar-...
Posted by Next Year Country