Good news turns out to be too good to be true 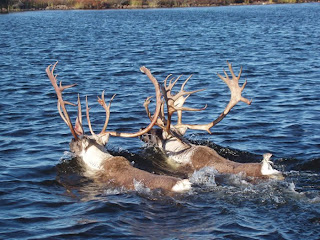 A recent announcement by a 21-corporation forestry consortium that led Canadians to believe that huge swaths of boreal forest and caribou habitat were no longer going to be logged turned out to good to be true, as 9 times more caribou habitat is being targeted for logging than is being temporarily preserved over the next three years.

“An analysis of the announcement on forestry and caribou can come to only one conclusion: the logging companies do not plan to preserve anything near the amount of woodland caribou habitat that their recent news release appeared to promise,” said Eric Reder, the Wilderness Committee’s Manitoba Campaign Director.

Three-year protection was announced on 29 million hectares of caribou habitat, but a close examination of the forest companies' agreement reveals only one-fortieth of the forest was ever going to be logged in the next three years. Of the areas at risk, logging is only being deferred on 72,000 hectares. Over the next three years alone, logging is going ahead on 684,000 hectares of caribou habitat.

Moreover, logging is not being deferred for caribou in any boreal forest in Ontario, and there is no voluntary logging deferral in BC, Saskatchewan, or Newfoundland-Labrador.

Recently the Wilderness Committee has gained access to a full copy of the agreement.

The bulk of the 72,000 hectares of forest lands that are supposedly being deferred from logging is 40,000 hectares in Manitoba in logging corporation Tolko’s forestry lease. Doug Hunt, Tolko’s Operations Manager in Manitoba had previously told the media that the agreement would not affect Tolko’s operations. On Friday, Mr. Hunt said the 40,000 hectares set aside are part of an agreement with the province of Manitoba that has been in the works for several years, and not a volunteer deferral related to last week’s announcement. The Manitoba Endangered Species Act and Manitoba’s Woodland Caribou Recovery Strategy require a large amount of caribou forest habitat in Manitoba to be left undisturbed. 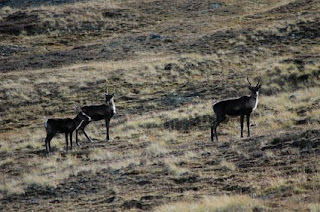 “Two weeks ago, we knew a large amount of forest land needed to be set aside for the preservation of woodland caribou. This week we find that a large amount of forest land still needs to be protected. We are continuing to call on governments across Canada to step up and protect caribou habitat in our boreal forests, including the forest under lease to logging, mining, or oil-and-gas corporations,” said Reder.

“This forest company agreement looks like all talk and no action to us. Now, the result of this phony good news announcement is that the forest industry has garnered some sort of green reputation which they have not earned. My concern is that as a result there will be less people paying attention and holding the forest companies accountable,” said Reder.

“The Wilderness Committee and other environmental groups are going to have to step up investigating logging operations on the ground, making sure caribou habitat is not logged, and working on a massive public awareness campaign,” said Reder.