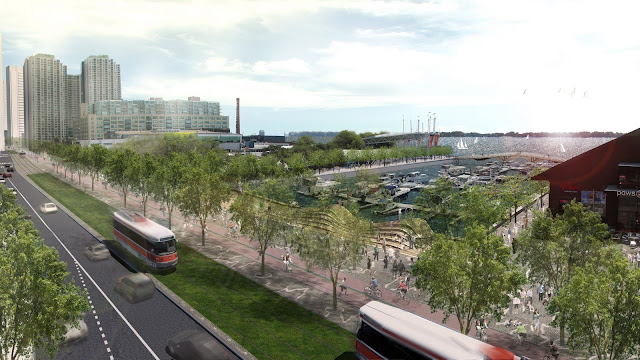 May 26, 2010 — Canada's six largest urban areas are making efforts to reduce greenhouse gas pollution, but they must do more to promote green urban design and low-carbon transportation choices, according to a report released today by the Pembina Institute.

The study found that cities have clear targets for fighting climate change and are taking action, but urban areas are continuing to sprawl. The majority of population growth is occurring in low-density suburbs, where people need to travel further and are less likely to walk, bike or take transit.

"While cities have set ambitious greenhouse gas reduction targets, they need to step up their actions on personal transportation to meet these goals," said report co-author Alison Bailie. "Each city has taken positive steps, but they're struggling to keep pace with urban sprawl."

The amount of energy consumed for personal transportation in cities depends largely on urban design and the accessibility of low-carbon transportation choices.

"Local governments have the opportunity and responsibility to take action on reducing emissions, especially those from transportation within their boundaries," Bailie said. "Smart urban design not only decreases energy consumption and environmental impacts, but it also saves money and can make communities more livable."

Provincial and federal governments also have a strong role to play in supporting municipalities by providing clear directions and funding for developing compact communities and low-carbon transportation choices.

For detailed findings on each city, view the one-page results summary or view the full case studies .
Posted by Next Year Country