Oceans' Fish Could Disappear by 2050 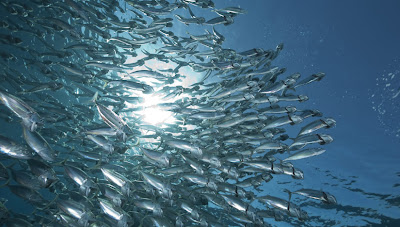 The world faces the nightmare possibility of fishless oceans by 2050 without fundamental restructuring of the fishing industry, UN experts said Monday.
"If the various estimates we have received... come true, then we are in the situation where 40 years down the line we, effectively, are out of fish," Pavan Sukhdev, head of the UN Environment Program's green economy initiative, told journalists in New York.

A Green Economy report due later this year by UNEP and outside experts argues this disaster can be avoided if subsidies to fishing fleets are slashed and fish are given protected zones -- ultimately resulting in a thriving industry.

The report, which was opened to preview Monday, also assesses how surging global demand in other key areas including energy and fresh water can be met while preventing ecological destruction around the planet.

UNEP director Achim Steiner said the world was "drawing down to the very capital" on which it relies.

However, "our institutions, our governments are perfectly capable of changing course, as we have seen with the extraordinary uptake of interest. Around, I think it is almost 30 countries now have engaged with us directly, and there are many others revising the policies on the green economy," he said.

Collapse of fish stocks is not only an environmental matter.

One billion people, mostly from poorer countries, rely on fish as their main animal protein source, according to the UN.

The Green Economy report estimates there are 35 million people fishing around the world on 20 million boats. About 170 million jobs depend directly or indirectly on the sector, bringing the total web of people financially linked to 520 million. 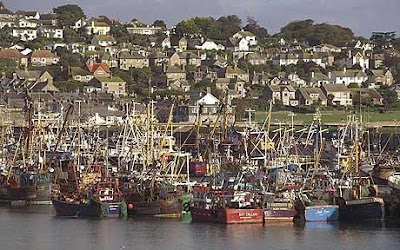 According to the UN, 30 percent of fish stocks have already collapsed, meaning they yield less than 10 percent of their former potential, while virtually all fisheries risk running out of commercially viable catches by 2050.
The main scourge, the UNEP report says, are government subsidies encouraging ever bigger fishing fleets chasing ever fewer fish -- with little attempt to allow the fish populations to recover.

Fishing fleet capacity is "50 to 60 percent" higher than it should be, Sukhdev said.

Another is restructuring the fishing fleets to favor smaller boats that -- once fish stocks recover -- would be able to land bigger catches.

"We believe solutions are on hand, but we believe political will and clear economics are required," Sukhdev said.
Posted by Next Year Country