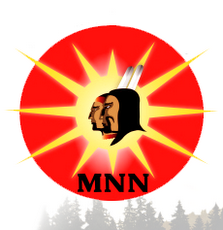 Capitalism is based on a few rulers exploiting Indigenous land and resources and enslaving everybody. The worldwide economic melt down shows that people are resisting the capitalist system of privilege for a few.
The banksters want their cut of the economy first and an international fascist government to protect their interests.

Capitalism is breaking down when we Indigenous began objecting to he parasitism of these greedy leeches. We resisted the destruction of our environment, dissolution of social programs, jobs and our lives.

The US dollar became the international currency based on $35 per oz. of gold. In 1971 Nixon suspended the gold standard. The U.S dollar was treated as if it was gold. The U.S. economy has deteriorated and the paper dollar is declining in value.

The oligarchs don’t work. They steal our resources and expect others to work for them. To keep money coming in, capitalists moved companies to the third world or off-shore to exploit cheaper labor. These sweat shops are coming to the US. They need cheap labor.

The US encouraged spending on credit. The banks make money without investing a cent! The real value of a house might be $150,000. The market inflates it to $500,000. The banks, insurance and other middle men pass the property around and pocket the $350,000 difference. If the owner defaults, the loan is foreclosed and the house is seized.

Monopolies put control in the hands of a few. A company is taken over and put out of business to eliminate competition. The financiers use the profits to buy other companies. It’s short term gain for themselves and losses for the people. The taxpayers cover the losses.

Workers’ pensions and programs are being bankrupt. Monopolies want unions to accept a two-tier working condition, one for the older workers and another for the new workers. The new workers must work for less and longer without benefits or rights.

The old oligarchs are desperately clinging to their class privilege by obstructing viable solutions. They want to keep control of money, government, state machinery, army, police and prisons.

The world needs another level of consciousness. Resources and the environment must be preserved. We Indigenous must stop the looting of our resources. We have a rich political history that is based on a relationship with the natural world and preserving the environment. Stock up and grow gardens!