By George Monbiot
The Guardian 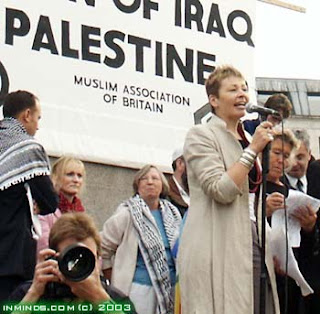 So the Green jinx has at last been lifted. Caroline Lucas has been elected MP for Brighton Pavilion.
It's not quite true to say that she is the UK's first Green MP. From 1992-2000 the party shared the MP for Ceredigion, Cynog Dafis, with Plaid Cymru. But she's the first one in England and the first to represent only the Greens. It's a massive breakthrough, not only because she's a brilliant, charismatic, humane politican who will enrich parliamentary life, but also because it proves it can be done, even under our antiquated political system.

If the Greens, despite all the odds, can take a seat in a first-past-the-post election, think of what they'll be able to do if, as now seems possible, we get proportional representation. Think how much more might be achieved if we also get a fair party funding system, which doesn't leave the small parties scrambling for pennies while billionaires slip cheques into the pockets of the big players.

Her victory reflects the transformation of the Greens from a chaotic, divided, messy party into a much tighter and more effective operation, which has been able to target its limited resources on winnable seats and tone down the identity politics which sometimes suggested that the party's main purpose was self-expression. Now, as it has already demonstrated in local and European elections, it knows how to win. Yet there has been no loss of radicalism: its manifesto told uncomfortable truths – about economic growth and consumption for example – that the other parties dare not admit.

Lucas, as she has shown in Brussels, where she has served as an MEP, won't disappear at Westminster. Although she has no parliamentary machine to support her, hers is not a voice that will be easily hushed. She won't let the major parties forget that their economic plans are founded on a series of impossibilities, and she won't allow the environment to be shoved out of sight.

Beyond that, there's not a great deal she can do by herself, though in a hung parliament she can join some useful coalitions, and her voice will be amplified by the three Plaid Cymru MPs, whose politics and outlook are very similar. But the message her election sends contributes to the sense that the old politics is on the way out: parliament in future could be a much more plural, responsive, interesting place than it is today.

www.monbiot.com
Posted by Next Year Country