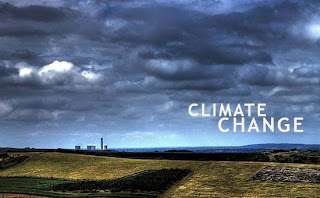 OTTAWA, Ontario – May 7 – Today, Council of Canadians National Chairperson Maude Barlow is part of an international social movement delegation having an historic meeting with the Secretary General of the United Nations to discuss climate justice and the rights of Mother Earth. The government of Bolivia organized the meeting of 12 delegates from around the world, who will also meet with the G77 and China.The delegation will focus on the conclusions of last month’s international conference on climate change in Bolivia.

“The message from social movements and governments in Cochabamba was loud and clear that we need urgent climate action that respects the rights of Mother Earth. I look forward to discussing these issues with the UN Secretary General today,” says Maude Barlow.

The World Peoples’ Conference on Climate Change and the Rights of Mother Earth in Cochabamba anticipated 8,000 participants. Instead an estimated 30,000 participants from nearly 150 countries and official representation from 48 governments were present at the historic event. “It is shameful that the Canadian government was not an active participant in the conference,” adds Barlow. “Our government’s climate policy continues to be driven more by interests in the tar sands, than advancing climate justice” adds Barlow.

“The People’s Agreement that emerged from the conference, and is now the basis of an official submission by the Bolivian government under the UN Framework Convention on Climate Change, advances an agenda led by civil society organizations working with governments,” says Andrea Harden-Donahue, Climate Justice Campaigner with the Council of Canadians.

The Agreement includes proposals for a global referendum on climate change, setting up an international climate justice tribunal and establishing a Universal Declaration on the Rights of Mother Earth. It advocates climate debt repayment from the global North to the global South including much deeper domestic emission reductions and equitable climate financing.

The Council of Canadians is honored to be involved in promoting the outcomes of the conference as well as the critical concept of protecting the rights of Mother Earth.
Posted by Next Year Country