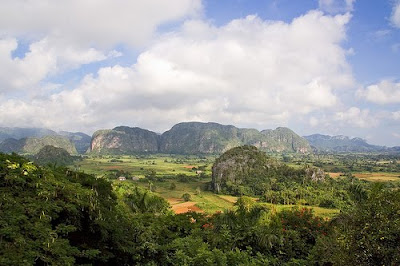 Cuban biodiversity scientist Humberto Ríos, one of the six recipients of the 2010 Goldman Environmental Prize, probably won’t be able to collect the 150,000 dollars in prize money, though that setback is unlikely to cause him to lose any sleep — or keep him from singing.

“I’m preparing my second album, with my children,” he told IPS in this interview. In his April trip to the United States to receive the award, widely known as the “Green Nobel”, Ríos visited the White House and the U.S. Congress as part of the itinerary for the six laureates, who came from Cambodia, Costa Rica, Cuba, Poland, Swaziland, and United States.

The Goldman Environmental Prize was created in 1990 by philanthropists and civic leaders Richard N. and Rhoda H. Goldman to recognize individuals for their “sustained and significant efforts to protect and enhance the natural environment, often at great personal risk.”

“When I greeted (U.S. President Barack) Obama, I told him that perhaps for the first time a Cuban from the island was shaking his hand, and that I had three things for him: my business card, my music — I gave him a copy of my first album — and my heart, for all the people of the United States,” Ríos said.

In the 1990s, Ríos began promoting participatory crop improvement and agro-biodiversity fairs as ways to recover and disseminate low-cost, organic plant varieties — a process in which small farmers are playing the leading role.

The grassroots effort, channeled through the Program for Local Agricultural Innovation (PIAL), initially involved a handful of scientists and three rural communities. Today, more than 50,000 farmers and a hundred scientists from nine provinces are part of the movement. 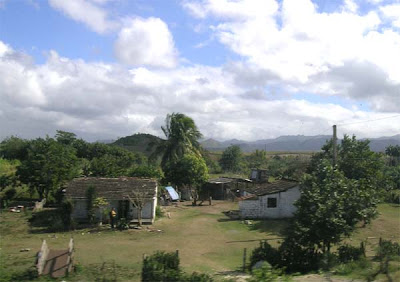 Converging in the project are several local agencies and international development aid institutions from Britain, Canada, Netherlands, Switzerland and other countries. “PIAL has transformed rural productive systems into more sustainable approaches and has also promoted changes in the relations between rural men and women,” he said.
Q: What is the key to achieving this degree of acceptance of the program in the rural community?

A: Diversity gives us options to choose what can grow best on the available land and with fewest inputs. It allows doubling and tripling of yields and multiplying the variety of crops, and each farmer can redesign his or her productive system.

Furthermore, while organizing seed diversity, it facilitates access and each farmer who comes and makes selections at a biodiversity fair becomes a micro experimental station. The only thing we ask in exchange is that they replicate this effort with others. The important thing is for this diversity to be spread among many.

Q: How has that strategy worked? There is a widespread idea that small farmers are wary, and don’t share.

A: No, there isn’t a demand for recognition among the farmers, that it be made known that what they are doing is important for society. They want the local government to see that they have the solution right there, that there is no reason to look elsewhere. They have the key to designing a farm that can provide food without extra inputs or energy expenditure.

Q: Would they want it to be part of Cuba’s economic policy?

A: Exactly, but first the mentality has to change. Reformulating Cuba’s concepts of agriculture a little takes time, because if we push too fast there’s a risk that it will be abandoned along the way. Our agricultural system is still based on industrial principles. 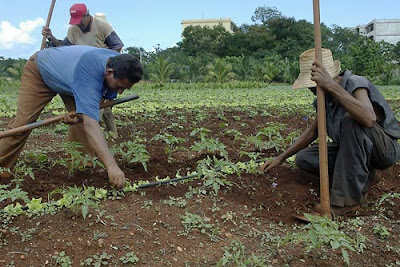 However, we can already see some steps, like urban and suburban farming, which continue to gain ground, as do organic crops. It all lies in enriching and perfecting those alternatives. In the middle to long term we have to transform our paradigms of food production.

Q: Is there a risk that an improvement of Cuba’s economic situation would lead to abandoning ecological farming practices?

A: That would be the biggest mistake we could make. But I doubt that Cuba could return to the chemicals used in farming as it did in the 1980s, because of costs. If that were to happen, it would mean contracting a huge debt in order to pay for it, threatening our food sovereignty.

In addition, crop diversity was lost with the industrial model of farming applied at any price in that decade. Life showed us that the way to go is small plots, grassroots participation, and a science that is being built, in which the scientists have to play other roles.

Q: Why are you opposed to the production of genetically modified foods?

A: Cuba can produce a lot of evidence of how to seek food sovereignty without turning to genetically modified crops. Using transgenic seeds is a step backwards, because it implies a dependence on someone else in order to grow maize, and we lack the capacity to have a formal seed system that could supply farmers.

Q: Does the secret for confronting climate change lie in the genetic diversity of crops?

A: Access to diversity and the right to experiment with it is what has allowed us to overcome difficult times and have resilient productive systems. The challenge is how to turn this not only into an alternative for getting out of the crisis, but also into a genuine option for agricultural development. 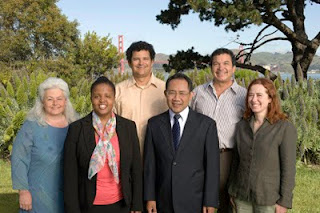 Article from Havana Times.org: http://www.havanatimes.org/
Posted by Next Year Country