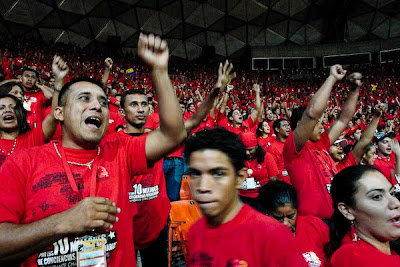 In March 2010 I attended a national meeting in Caracas held by the forum for Bolivarian Ecosocialism. This conference developed plans and proposals for the Forum for Indo-Bolivarian Ecosocialism, which formed a part of the World People’s Summit on Climate Change in Cochabamba, Bolivia in April 2010. Natalie Lázaro Barrios presented the work of ANROS (National Association of Social Networks and Organizations) at this event and agreed to tell us more about her project.

Can you explain a little of the history of Indo Bolivarian Ecosocialism Forum? How did it begin and what are the projects and achievements so far?

The Forum for “Ecosocialismo Bolivariano Indoamericano” (Indo-American Bolivarian Ecosocialism) was organized as part of the World Peoples summit on Climate Change in Cochabamba in April 2010. The forum arose from our interest to demonstrate internationally that there has been work in Venezuela to strengthen socialism. For us “Bolivarian ecosocialism” is a term that is synonymous with 21st Century Socialism. This socialism is ours, endogenous, and is based on transforming collective consciousness to establish new relationships within society and with the environment.

This work to develop Bolivarian ecosocialism has been strengthened since 2008. Between the Venezuelan Parliamentary Group of the Latin American Parliament and ANROS, we have organized a range of events. These events have been carried out with the participation of various communities organized from the base, who are interested in solving environmental problems arising from their communities, including national issues. The results of these meetings have been the diagnosis of problems coupled with proposals for action. We have systematized this information and already begun a monitoring process.

In Cochabamba, we used the term “Indoamericano” to emphasize that we should look at our relationship with Mother Earth from the view point of indigenous communities. However in Venezuela we prefer to use Bolivarian Ecosocialism, as this term implicitly includes people not only of indigenous communities but also of African descent and other cultures that make up the population of Venezuela.

You mentioned the creation of a new national project “Mision Madre Tierra” (Mother Earth Mission). Can you outline the proposed work of this new mission? 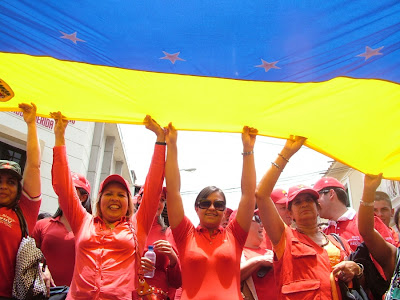 The Mission “Madre Tierra” is one of the proposals that emerged from the first event we did in 2008, at the International Meeting on Climate Change in Venezuela. The Mission is a comprehensive proposal that addresses different strategic areas: training, technological innovation and technological appropriation incorporated with traditional campesino (farmer) methods, ALBA brigades, ecosocialist observatories and watershed restoration, amongst others. The results of various events held have fedback into proposed work of the Mission “Madre Tierra”. Mission has not yet been formalized; the proposal now rests with the Ministry of Popular Power for the Environment.

What are the plans for future projects and work after the summit in Cochabamba?

Cochabamba was a stimulus, an additional motivation to keep going, what comes now is action. We have planned and organized enough events and meetings to make diagnoses and develop proposals, now the challenge to act and achieve is great and should be assumed by everyone; communities, government agencies, universities, i.e., all actors of society. We are particularly trying to organize all this work we have accumulated in the last two years, splitting it into short, medium and long term and strategic areas. In this way we can better see which proposals and actions lie with who or whom, sharing the work and commitment within different groups and communities to motivate and achieve the proposals. The real challenge is to track all actions.

How does the work relate to government institutions and initiatives?

If I speak on behalf of the ANROS, our work for nine years has been hand in hand with the government. We are constantly articulating our actions with various governmental agencies, particularly since our organization is non-profit; the government gives us great support in funding our activities. So our helping hand has been and will continue to be state institutions, through this sound relationship we have made progress.

What do you think about the mixed enterprise ventures and new contracts for PDVSA in the Orinoco Belt to exploit oil? 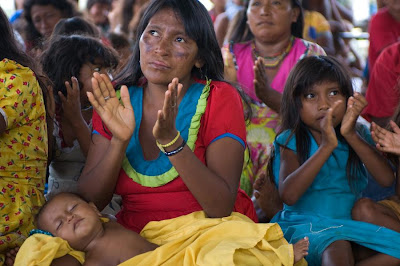 Venezuela controls the majority share hold (60%) of these joint ventures. Therefore these ventures represent an opportunity for us to achieve true partnerships that strengthen the transfer and appropriation of technology, with a view to achieving full sovereignty of our natural resources. We still need these joint ventures in the process of transforming our economy and developing economic alternatives to oil. The revenue from oil exportation ensures social security for all Venezuelans. We support our President's policies; however, we are aware that the final path should be our full sovereignty.

The Orinoco Belt has been studied as one of the largest oil reserves in the world, but this oil is a major pollutant. However, it is also our main current economy. While strengthening the diversification of the economy, we are aware that we must continue to extract and export this resource to further advance the socialist programs. Many of the social programs in Venezuela including free healthcare and education are funded directly from oil revenue.

How is ANROS, PDVSA and the government working with the peoples of the Orinoco (indigenous and others) to preserve the forest and biodiversity in this region?

We as ANROS, as Venezuelans are supporting initiatives such as the "Plan Caura" in which the government is solving the problem of invasion of more than 3,000 illegal gold miners at one of the largest forest reserves and national parks in our country. This great initiative looks not only to solve the social problems of the area, but also to initiate plans for ecological restoration in all areas that were devastated by illegal mining. Also, along with a state enterprise, we are supporting indigenous and community organizations to organize socialist training workshops for various community stakeholders in these areas and the Orinoco belt. 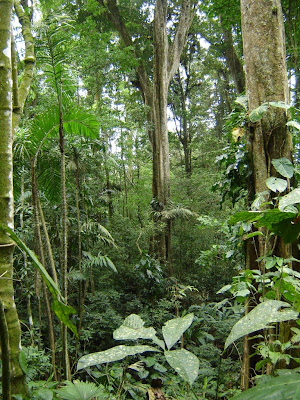 Some of the proposals that the ecosocialist network are developing include defining and implementing legally binding environmental responsibilities of public institutions, joint maintenance and conservation of water in the Caribbean, setting up a protection policy for the forests of ALBA countries, creating the world’s largest indigenous national park “Katunawe Nondu”, prohibiting deforestation and mining in Caura (an important area of rainforest), developing national recycling plans and technology alongside a diploma of Ecosocialism in the Bolivarian Universities and the development of punitive legislature for the use of lead, mercury, organochlorines and other harmful substances. This goes hand in hand with initiatives already taken by the Bolivarian revolution, which to date include Mision Arbol (- Tree mission- a 10 million tree reforestation and forest protection scheme) and free energy efficient light bulbs. PDVSA has eliminated lead-based petrol and takes responsibility for environmental recuperation and the decontamination of land and rivers affected by oil extraction.