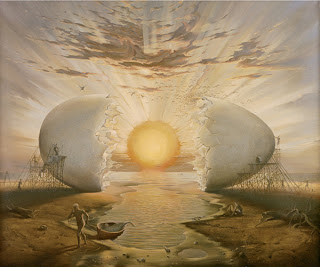 World-renowned biologist, Rene DuBos, coined the now familiar phrase “Think globally, Act locally”. In Wooing of Earth he suggested that “Humanized environments give us confidence because nature has been reduced to the human scale…” He continued “…but the wilderness in whatever form almost compels us to measure ourselves against the cosmos.”

Perhaps this is why anthropocentric religion was so influential in the emergence of industrial society, with its naive attempt to “tame” nature. Seeing natural systems in human terms means that natural systems simply aren’t seen. And it ensures that the unknowability and unpredictability of nature remains threatening to us. Yet, we arise out of natural systems, are sustained by them, and return “to them” when our individual fire goes out. We never really leave nature, not even when we fly out of the biosphere on a spacecraft.

Our natural makeup may create resentment. Today’s reversion of various religions to fundamentalist forms may be an attempt to reinvent certainty, as uncertainties about our ecological viability grow. Sects waiting for their privileged trip to a higher order reserved for special believers, is much more common in religious history than we first realized.

This reversion isn’t a realistic option, except, perhaps, as a way to avert emotional breakdown. Nor is it viable, either in terms of what we now know of ourselves on this planet, or in terms of the challenges of sustainability. Advancing to an eco-centric outlook is more realistic and advantageous. 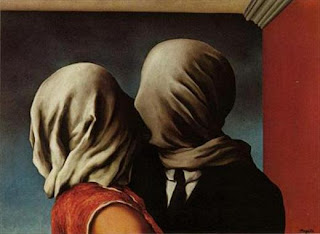 Past advances in human knowledge about our place in the universe have not, however, assured such a shift in perspective. Galileo challenged the Church’s view that the earth was at the centre of the universe, and this helped bring about the scientific enlightenment. Humans, as socially organized, nevertheless continued to act as though we were the centre of the universe. The technological prowess of industrialization threatens “creation” far more than did the feudal, theocratic system; though, as Max Weber showed, there’s a historical link between “the protestant ethic and the spirit of capitalism”.

Darwin’s evolutionary views fundamentally questioned our anthropocentrism, yet backlashes to evolution are embraced by some contemporary politicians, including within Canada’s Conservative government. Freud’s great discovery of the unconscious undermined our naive faith in rationalism and instrumentalism. Yet we haven’t accepted that an ego-centric approach to life is not the complete picture; that we are far more than our goals, desires, excuses and self-identity. Nor have we accepted that we deceive ourselves personally and collectively on an ongoing basis, or that compassion is more important than self-interest.

Marx’s articulation that ideology is shaped by our modes of survival and production shook our naive and self-centred views of human nature. Yet we continue to reproduce systems of stratification – from caste, gender, race and slavery to status and class – that don’t serve us or the planet well. Are we, perhaps now in some internet-driven transition to “know and know-nots” which will create “know-not-have-nots’? Or will the recognition of our common ecological home expose these new, superficial identities?

Einstein’s discoveries led to insights into the interconnectedness of all life forms within energy fields. The knowledge from this enables us to transform sunlight into electricity, yet we continue to build nuclear weapons and nuclear power plants that threaten the web of life. 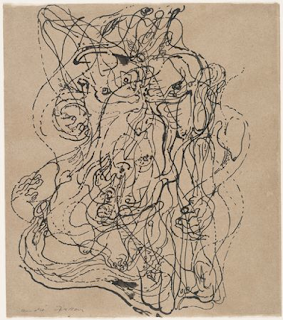 Our laxity suggests that discovery and knowledge alone can’t guarantee the necessary shift. It suggests that this shift to eco-centricism will take a change in perception and experience, what might be called a collective revelation, or epiphany. Changes that liberate us from the harsher aspects of “natural” existence seem necessary for this shift; however, they aren’t sufficient. The persistence of fundamentalist religion in the midst of modern science shows that “progress” in itself doesn’t liberate us from self-annihilating belief.

Consciousness has to evolve to a new form, a non-dualistic form, whereby we accept where we are, and accept that we are a part of a larger whole, the biosphere. Where we accept that we aren’t a special species in the sense of being able to ignore or escape our ecological home.

In his 1965 book The Phenomenon of Man, Teilhard de Chardin argued that the biosphere included an interconnected layer of consciousness and spirit. His view was immediately denounced by his Church superiors. The ban on some of Teilhard’s writings showed that the Theistic view had led to seeing “God” as “an outsider”. And if our “God” is an outsider, so are we. This view doesn’t encourage us to experience and celebrate ourselves in the web of life.

Instrumentalism and otherworldly religion are barriers to us accepting our basic “oneness”. The human ego, which goes hand in hand with instrumentalism and sectarianism, and the notion that only we are “soulful” creatures, may have helped humanity get this far. But we are now on the edge of ecocide. And the human ego and our belief that creation is made in our image isn’t going to get us on to the path to becoming a sustainable creature.

It’s rather ironic that we are facing the kind of challenges of personal and collective transformation that are reminiscent of the call to equanimity, serenity and surrender to a higher power that has been emphasized by various religions. It’s doubly ironic that entrenched anthropomorphic versions of religion, politics and economics stand in the way of humans becoming at one with “creation”, viewed from our present state of consciousness and evolution.

If we make it to being a sustainable species, our offspring may look back to the 1969 landing on the moon as one turning point. Perhaps some of the science fiction coming out of the space age will be seen as inspiring a more grounded yet cosmic spirituality. And perhaps our offspring will also find meaning that Greenpeace, which a lot of people don’t yet realize started in Canada to protest U.S. nuclear weapons testing off Alaska, was created the same year as the first moon landing.

Until the moon landing, no human had ever seen or been able to vividly imagine planet earth, as a whole. Being a self-conscious and highly emotionally-vulnerable species, we couldn’t imagine ourselves in any other way than being at the centre of the universe. This was true whatever our cosmology. It was our group and our lives that mattered most.

Egocentrism and geocentricism reinforced each other, whether living in tribal, peasant or industrial circumstance. Armed with such beliefs we felt we had some control; with the help of fear-based beliefs we created powerful systems of domination. Sometimes we dominated people in our group; sometimes we dominated other people as well. All this is at the root of today’s global-ecological loss of control. Something fundamental went adrift on “paradise” earth. 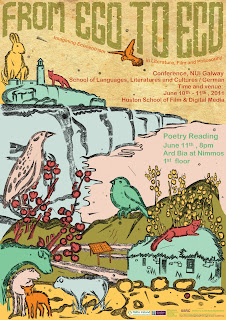 Seeing the “blue pearl” from outer space humbled the astronauts, and perhaps the image of the planet burned into our heart and brain is starting to humble us all. From out there, humanity seems meshed with the planet. From out there, distinctions among humans and between humans and other creatures seem superficial, even irrelevant. From out there, the industrial-economic institutions that are mostly responsible for today’s ecologic blowback, don’t seem to dominate the planet. Huge toxic scars left from such mega-projects as the tar sands are still dwarfed by the natural systems; the oceans and atmosphere encircling the planet.

Perhaps the perspective from “out there” is close to what we imagined to be an all-knowing god, looking out for, and over, us. But that would be our perception, so let’s finally take responsibility for the consequences of our actions.

Gaian philosopher Lovelock has noted, “As we move in towards the Earth from space, first we see the atmospheric boundary that enclosed Gaia; then the borders of an ecosystem such as the forests; then the skin or back of living animals; further in are the cell membranes; and finally the nucleus of the cell and its DNA.”

We can also reverse this perspective, so that we better grasp that humans co-exist with all other living beings within the biosphere. With imagination and science, we can go both ways; “out” into the cosmos, or “down” into the cellular level. But it’s not about continuing to see the world hierarchically. It’s more about fully experiencing our inter-Being. We co-exist within this beautiful web of life, which has boundaries of function and sentience, but no real borders when it comes to energy and existence. 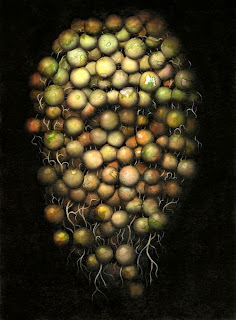 Human borders, of course, continue to stand in the way of this awareness, and an eco-centric outlook can help surpass these – whether they come from creed, nation or empire. There are rigid borders of belief as well as defended borders of geography. And we are all indebted to groups like Amnesty International, Doctors without Borders, and to artists, film makers, musicians, educators, lawyers, engineers, and any other grouping that engages with the world, as it truly is, without borders. The globalization of corporate markets, which homogenize culture and undermine bio-diversity, is another matter. Creativity which truly “fuses” human traditions will continue to help overcome ego-centrism.

It is futile to defend the borders we have constructed around ourselves; we can’t make ourselves separate from the grand energetics of this planet. We are, after all, never alone. Our breath connects us to the atmosphere; our DNA connects us with all living creatures. We simply have to learn to better see and experience our belongingness, here and now, more deeply.

Why would we not want to enjoy being in this place? Why would we not want to better share and preserve this place, and reduce and prevent human and other suffering? Why wouldn’t we want to dedicate our lives to the pursuit of justice and the elimination of war; rather than accumulate wealth from an unsustainable economy that perpetuates ecological and human decline? Even if we are not here for long, as individuals, why would we wish to deny that we are here at all? Why would we want to miss out on such exuberance by living in dualistic denial? 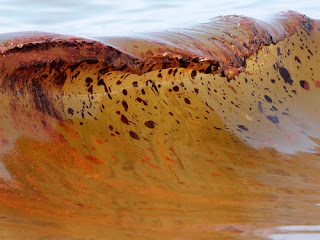 We are beginning to more clearly see where we are, and what we have to do to be able to survive as a responsible species. Our evolution to this point has created religious, cultural and economic myths and baggage which now interfere with our capacity to survive and sustain ourselves. We are not doomed; nature doesn’t doom species, it just replaces them. Thankfully, our baggage includes our greatly underused, “big-brain” capacity for foresight. And it includes our greatly underused big-hearted capacity for compassion. Both will assist us to make the necessary developmental leap.

Perhaps what is really needed is for us to “perform” as though we are going to be a sustainable species, and get on with it. Each person and community that embraces the slow change gathering momentum is part of the “natural selection” towards sustainability. Is there really any other realistic and positive choice once you have seen and accepted both the darkness and the light?
Posted by Next Year Country