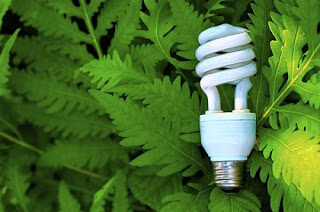 HAVANA TIMES, July16 (IPS) — With less than a year to go for the Rio+20 Summit, civil society in Latin America and the Caribbean is mustering its strength to defend the principles of sustainable development, as opposed to the model of a “green economy”, which it views as only benefiting the business interests of big companies.

“The green economy is the new international environmental vogue, but it has lost all vestiges of the concept of sustainable development and has taken another direction,” Maureen Santos, an expert on international issues at the Brazilian Federation of Agencies for Social and Educational Assistance (FASE), told IPS.

“It’s an attempt to shore up the present system that is in crisis,” she said.

The Rio+20 United Nations Conference on Sustainable Development will be held Jun. 4-6, 2012 in the Brazilian city of Rio de Janeiro, marking the 20th anniversary of the first Earth Summit which took place in Rio in 1992.

“Putting a price on nature is no solution, because it isn’t a commodity,” Katu Arkonada, a researcher at Bolivia’s Centre for Applied Studies on Economic, Social and Cultural Rights (CEADESC), told IPS. “The green economy must not distort or divert the basic principles of sustainable development. It is a mistake to say that people will only look after goods if they have a price-tag and an owner and generate profits.”

The first Earth Summit led to a series of international treaties, like the conventions on climate change and biological diversity, the Sustainable Development Commission, and what is known as Agenda 21, an action plan for U.N. agencies, governments, companies and non-governmental organizations in every area in which people have an impact on the environment.

However, two decades later, progress towards sustainable development is still slow: greenhouse gas emissions, species loss and environmental degradation have increased, and the planet’s natural resources are being exhausted.

Debate should focus on “the greening of growth, equity in a world of limits, and building resilience to shocks and stresses,” says a study titled “Making Rio 2012 Work: Setting the stage for global economic, social and ecological renewal” by Alex Evans and David Steven.

The authors are academics with the Centre on International Cooperation (CIC) at New York University, which published the document in June.

Preliminary work on the agendas for the official and alternative conferences is advancing apace, on the part of both governments and civil society organizations. Preparatory meetings for the summit were held May 2010 and March this year at U.N. headquarters in New York.

In January and February 2012, further meetings will take place there to discuss the draft declaration to be adopted in Brazil.

Meanwhile, an international seminar was held Jun. 30- Jul. 2 in Rio de Janeiro to organize the parallel meeting, convened by the Civil Society Facilitating Committee for Rio+20.

Civil society organizations prefer to talk about greening the economy, rather than promoting a green economy. In fact, these definitions are already a cause of dissension between industrialized countries and developing nations.

“The debate on the green economy is very diverse. Latin American positions are very fragmented,” said FASE’s Santos, who is also a member of the Brazilian Network for Peoples’ Integration (REBRIP).

The session’s tentative agenda includes a report on preparations for Rio+20 and debates on progress to date and the remaining gaps in the implementation of the outcomes of the major summits on sustainable development, and the key topics of the summit, as well as analysis and approval of the regional declaration.

“The two key challenges of sustainable development are, on the one hand, to overcome poverty and inequality, and on the other, to restore the balance of the Earth. Both goals are intrinsically linked, and one cannot be achieved without the other. Human beings and nature are at the centre of concerns for sustainable development,” Arkonada said.

The World Economic and Social Survey 2011: The Great Green Technological Transformation, by the U.N. Department of Economic and Social Affairs, recommends investing 1.9 trillion dollars a year in green technologies over the next 40 years, to combat the effects of climate change.

“But the current green economy agenda lacks much real substance. To give it a harder edge, it should be focused more specifically on the issue of growth – above all, the growth path of emerging economies,” Evans and Steven’s study says.

It argues that “emerging economies will account for the majority of additional demand between now and 2030; they are laboratories of the future; they are the model that other developing countries want to follow; and they have the potential to force rich countries to make belated efforts to upgrade their economies.”
Posted by Next Year Country