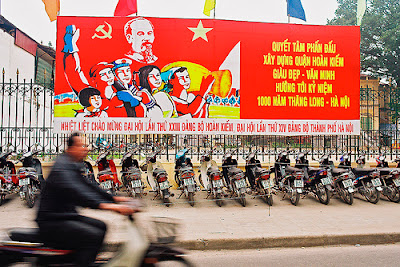 This is another in a series of guest blog posts from Vietnam by students from the University of Montana
Vietnam has contributed very little to global climate change, and yet it is projected to be one of the countries most heavily impacted by it.
The Vietnamese are already working on moving forward in creating a healthier environment that allows fair access to the resources required for livelihoods in the Mekong River Delta. In many ways, Vietnam is still a developing nation, emitting vastly less carbon than the United States or China.
The disparity between Vietnam's low historical responsibility and high vulnerability to climate change raises the subject of environmental and social injustice. I am concerned about environmental and social injustice, especially in cases where the two collide because people are experiencing the negative effects of environmental destruction they played little or no part in causing.


Dr. Duong Van Ni, a director with the Delta Research and Global Observation Network, came to Ho Chi Minh City yesterday to teach us about the specific impacts the Mekong Delta is anticipating and trying to prepare for. According to the Copenhagen Diagnosis, global sea levels could rise two meters by 2100, especially if emissions remain on their current upward trajectory. Even after emissions slow down or stop, sea levels will likely continue to rise for centuries. With 18 million people living in the low-lying delta region, 75 percent of the area’s population could be affected by even a one meter rise in sea level. This amount is almost certain to happen, dramatically impacting the Mekong Delta, whose people have contributed so little to the emissions that are causing the change. 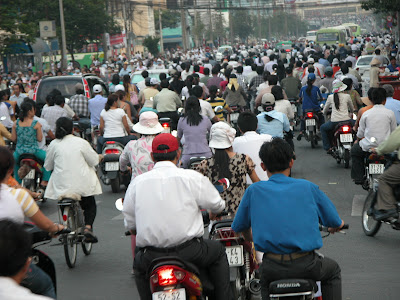 Through sea level rise the entire Mekong Delta faces devastating flooding and relocation, and this is particularly concerning because almost all of the food grown in Vietnam comes from this region. Salt water intrusion threatens Vietnam’s ability to grow rice — a truly global concern as the country is the world’s second largest rice exporter. Also worth considering is whether demanding sustainability in industry will stunt the potential economic and social growth of Vietnam.
However, we cannot only focus on what is wrong with the world. While Dr. Ni’s presentation was powerful in making the impacts real to us, I was most struck by how much hope and how little bitterness resides in the people in the Mekong Delta and in all of Vietnam. Dr. Ni emphasized that the Vietnamese people do not dwell on the past. Their particular adaptability lies in the fact that they always look hopefully to the future and are willing to be creative to adjust to changes. There is hope in the fact that, often, replenishing the environment and the places people live replenishes humanity.
Some of the adaptation measures Dr. Ni discussed that are already being carried out or researched further are salt and drought resistant rice, more sustainable and diverse farming, housing changes such as stilting or even floating houses, and different dike systems that will advance farming. 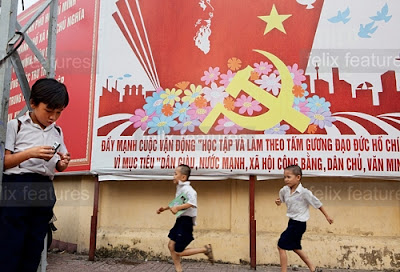 As with many problems, local action is a great place to begin with solving climate justice and environmental justice issues. However, larger and more global changes need to occur to truly create an environmentally healthy and just world for all the people living on the Earth.
Trina Jones is from Washougal, Washington and is a first year Environmental Studies graduate student at the University of Montana. She graduated in May from Washington State University with her Bachelor's in Journalism.
Posted by Next Year Country