The BP Deepwater Horizon Disaster: Blowout - Is Canada Next? 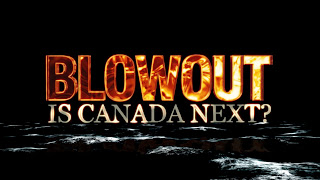 On April 20, 2010, BP's Deepwater Horizon rig exploded unleashing 5 million barrels of oil into the Gulf of Mexico. It has been nothing short of catastrophic, causing extensive damage to marine and wildlife habitat, as well as to the Gulf's fishing and tourism industries. In May 2010, Chevron began drilling Canada's deepest well off the coast of Newfoundland, begging the question: Could an oil spill of the same magnitude happen in Canada?

Just weeks after the Deepwater Horizon blowout in the Gulf, Chevron began drilling Canada's deepest oil exploration well off the coast of Newfoundland. Located 430 kms from shore, the Chevron well is twice as deep as BP's Deepwater Horizon well, six times further out to sea, and in much rougher seas. In the event of a blowout, it would take 11 days for emergency response ships to even reach the spill. An oil blowout off the coast of Newfoundland would decimate the world's last remaining Atlantic cod fishery, along with several species of whales, seals, turtles, coral habitats and seabirds that feed in the basin. These rich and fertile seas are the backbone to Newfoundland's tourism industry. An oil spill would create dead zones within the ocean and potentially devastate this economic mainstay that brings in over 1 billion tourist dollars annually.

Canada has entered the race to drill oil in deeper and deeper waters, but safety procedures and cleanup techniques have not kept pace with the petrochemical industry's pursuit of oil. Is it only a matter of time before an oil catastrophe happens in Canada?

Blowout: Is Canada Next? is produced by Up Front Entertainment and directed by Nadine Pequeneza.