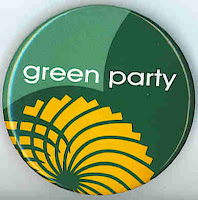 When asked recently what she thought of Jack Layton’s proposal to double the payout of the Canada Pension Plan over a period of years (by gradually increasing premiums paid by workers and employers) Elizabeth May, the leader of the Green Party replied:

“I’m not sure why Jack would propose that. I think that’s a very poor idea. It would constitute an additional burden for each employer for carrying employees. If I understand correctly, what he’s put forward would actually have a negative impact on employment overall because that would create an additional burden for small business and it would reduce the pay cheque of every employee.”

The operative phrase here is clearly “if I understand correctly.”

It is not a secret that many on the Green Party executive are holdovers from the right-wing reign of Jim Harris and apparently Ms May is taking her lead from them.

The quote from the Georgia Straight caught my eye because I had just read an article in the Globe and Mail that answered the Green Party leader’s questions as to why “Jack” would propose such a thing:

“The share of insolvent consumers among people aged 55 and older has more than quadrupled in the past decade, hitting 20.6 per cent last year, the Office of the Superintendent of Bankruptcy Canada said Tuesday. It’s the steepest increase among all age groups.”

Over a quarter of a million Canadian seniors live below the poverty line. If Elizabeth wants to get a taste of that kind of poverty she might try a bit of cat or dog food, allegedly part of the diet of some desperate seniors.

May’s argument about the plight of the small business person is exactly the same one that BC Premier Gordon Campbell makes about increasing the minimum wage. The arguments don’t stand up to scrutiny. Gradually increased minimum wages do not result in increased unemployment or less hiring. The same would be true for CPP premiums.

A business paying an employee $47,200 per year (the maximum pensionable earnings) or more would initially have to pay an extra $3.57 a week to gradually double future Canada Pension Plan benefits. If that’s a deal-breaker, then the business is doomed anyway.

Increasing pensions has the same effect as increasing the minimum wage – it puts more money into the hands of the poorest citizens, money spent directly in the economy, including those same small businesses May is so concerned about. High wage economies with robust middle classes are more stable and more equal than low wage ones. Canada is going to see a major demographic change over the next 10 years as more and boomers retire. If those boomers don’t have money to spend, it will hurt the economy a lot more than marginal increases in the payroll tax hurt would hurt it now. Last year the CPP paid out $29 billion in benefits, most of which went straight back into the domestic consumer economy.

Layton’s proposal for increasing the CPP was just part of what he called a “matrix” of policies to reduce inequality in Canada. May should take the time to look into the whole inequality issue. There is now a bigger gap between the rich and poor in Canada than at any time since 1929. Canada has the second highest percentage of low-paying jobs of any Western developed nation. We have a homeless crisis that should embarrass every Canadian.

Canada already has two parties dedicated to business, and ignoring inequality, it hardly needs a third.
Posted by Next Year Country