Canada’s greenhouse gas regulations may have little or no effect 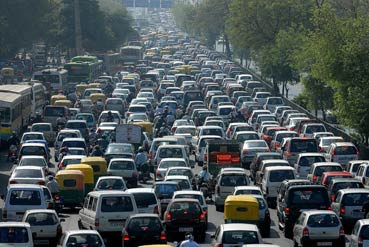 The proposed federal government regulations to cut emissions from cars and trucks may have little or no effect, according to the first in-depth analysis of the regulations, conducted by the Pembina Institute.
Environment Minister Jim Prentice has presented the regulations, which apply to vehicle model years 2011-16, as the centrepiece of the federal government’s climate change initiatives, claiming that they will “generate substantial benefits for the environment, consumers and industry alike.” But Pembina’s analysis shows the relatively weak level of the standards, plus a major loophole in the regulations, may allow automakers to avoid improving fuel economy beyond business-as-usual levels before 2016, or even for the regulations’ entire lifespan.

“When we looked closely at the government’s own numbers, we found that the regulations, as currently drafted, may simply allow the auto industry to carry on with business-as-usual,” said Matthew Bramley, Director of the Pembina Institute’s Climate Change Program. “Doing better than business-as-usual is essential, because total emissions from Canada’s cars and light trucks are projected to increase steadily in the absence of new action by governments.”

Assuming manufacturers continue the historical trend of making new vehicles more fuel efficient without regulations, Pembina’s analysis shows that the targets in the regulations may be no better than business-as-usual before 2015 at the earliest, and for light trucks, possibly not before the end date of the regulations. This first conclusion is provisional, because of a lack of transparency in how the government has calculated its numbers. But even if the targets in the regulations were more ambitious, the draft regulations still allow automakers to claim volumes of “early action credits” that appear to be more than sufficient to allow full compliance with the car standards up to and including 2015 – without needing to make any improvements to fuel economy.

“We believe that our analysis is the most accurate possible based on currently available information,” Bramley said. “But it remains uncertain because of the complexity of the regulations and serious inadequacies in the government’s calculations. We believe Minister Prentice must provide a fully transparent evaluation of the regulations before they are finalized this fall.”

Minister Prentice has said the proposed regulations will be harmonized with those being implemented in the U.S. However, Pembina’s analysis shows that harmonized Canada-U.S. standards would allow the Canadian personal vehicle fleet to lose its traditional efficiency advantage over the U.S., by requiring a 19.5 per cent efficiency improvement for the average Canadian vehicle from 2011-16, compared to a 23.1 per cent improvement in the U.S. Pembina’s analysis also highlights areas where the draft Canadian regulations are, in fact, weaker – notably, by providing a greater volume of early action credits per vehicle.

Pembina notes that Canada could meet more stringent greenhouse gas standards than the U.S. without automakers needing to produce Canada-specific models – because the standards do not apply to individual vehicles, but rather to a firm’s fleet average tailpipe emissions. Pembina suggests that the government address the problems highlighted in its analysis by adopting much simpler regulations that set a single corporate average emissions standard for cars and light trucks combined. The Institute believes this standard should be set at a level that reflects and maintains Canada’s traditional vehicle efficiency advantage over the U.S., declines over time more quickly than business-as-usual trends, and does not allow early action credits.

Download the analysis at http://www.pembina.org/pub/2055.
Posted by Next Year Country