G8 comes up short on climate 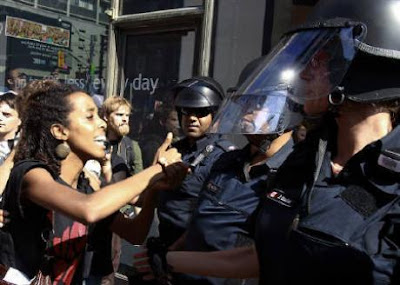 We're now halfway through Canada's weekend of summits, with the G8 over and the G20 just getting started. For those of us looking for progress on climate change, the meetings are off to a rocky start.
This year's G8 declaration contains just four paragraphs on climate change, out of a total of 43. Unfortunately, they contain virtually nothing beyond what's already in the 2009 G8 declaration from Italy and the December 2009 Copenhagen Accord.

The best that can be said about the Muskoka declaration is that it didn't move backwards from last year - but it didn't move forward either. With Canada in charge, the G8 missed an important opportunity to make progress on addressing climate change.

Prime Minister Stephen Harper told reporters at these summits there's little need to discuss climate change at the G8 because "the real process is the UN process." He's absolutely right that the UN, where all countries can have a voice, is the right home for the next global climate deal. But the G8 countries are the biggest historical emitters of greenhouse gases and the countries with the greatest financial capacity to fund climate action. Other countries look to them for leadership, and they could have contributed important momentum to the UN talks if they had chosen to do so.

The G8 declaration does mention "fast start" (2010-2012) climate financing, which was agreed to in Copenhagen. But while Copenhagen called for "new and additional" funding to support developing countries as they adapt to climate change and reduce their own emissions, the G8's declaration is vague, stating only that "we are putting in place our respective fast-start finance contributions" with no mention of whether those commitments will be new and additional.

Ultimately, the countries that have the credibility to lead on the world stage are the ones who are already acting at home. Since 1990, Canada's GHG emissions have grown faster than any other G8 country - so with Canada in the host's chair, perhaps today's outcome wasn't surprising.

But that doesn't make it any less disappointing.
Posted by Next Year Country