From Cochabamba to Cancun 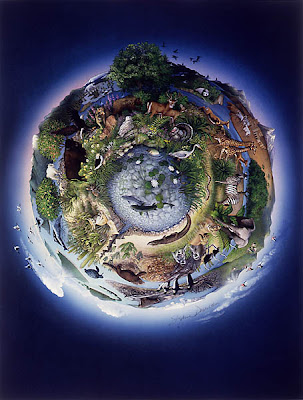 The recent Cochabamba Conference on Climate Change has issued a call to build “a global peoples movement for climate justice.” A novel feature of this call is that it is supported by progressive countries, mainly those of the ALBA Alliance (Bolivia, Venezuela, Ecuador, Cuba, and others), as well as by social movements, primarily but not exclusively, from Latin America.

A potential pitfall lies in the danger felt by some social movements that they might lose their autonomy, or worse, become a pawn in a “diplomatic strategy” spun by the countries involved. This distrust is expressed, overtly or covertly, by many activists and organizations already involved in environmental issues.

The success of this new alliance depends on a careful consideration, and articulation, of the needs of these two actors: social movements and progressive governments. Already in Cochabamba measures were taken to meet the respective needs of both. Thus the call to mobilize for the United Nations Cancun conference in November 2010 took into account the fact that many movements wanted to build grass-roots national campaigns rather than keep on running from one international conference to the next with meager results to show for all this work.

The proposal to organize a World Referendum on Climate Change has been reformulated to include the possibility of holding popular consultations, a prospect far more realistic in countries where progressive governments are not in power. As for the establishment of an International Tribunal for Climate Justice, it is more than likely that the UN, under the sway of a Security Council dominated by the great powers, will turn a deaf ear to this plea. Hence the addition of a call to launch public opinion tribunals on the model of the 1960’s famous International War Crimes Tribunal headed by the renowned philosophers Bertrand Russell and Jean-Paul Sartre. This is a much more motivating idea for social activists than a lobbying campaign confined to the UN.

A Quebec Action Plan?
In Quebec, the action plan proposed by the Cochabamba Conference should encourage the building of a grassroots movement that extends far beyond the existing environmental groups and organizations. Just like the Bolivian environmental summit, this must seek to involve the trade unions, community groups, the women's movement, progressive organizations and parties – in fact the entire gamut of social and political movements – in a militant campaign for climate justice. The targets of this movement should be the failed environmental policies of our governments and large corporations, as well as those of the main international organizations (the UN, IMF, WTO, World Bank, NATO) that are all beholden to the Western industrial powers and dominated by the United States.

It is also necessary not to gloss over the obscenely backward policies of the Stephen Harper government in Canada. The Canadian state is one of the worst international offenders on climate issues. Not only is it one of the key players in scrapping the Kyoto Protocol and engineering the Copenhagen fiasco, but its national policies are properly labeled catastrophic. According to the widely-respected Montreal daily Le Devoir, Canada, at the end of 2012, will exceed its Kyoto target by no-less than 34.9 percent. This flies in the face of the international treaty endorsed by the Canadian Parliament in December 2004.[1] The Federal government’s single-minded determination to proceed with the Alberta Tar Sands, the most polluting industrial project in the world, borders on criminal negligence. The Alberta Tar Sands already account for 29 percent of Canada’s greenhouse gas emissions, and this is likely to increase as the oil spill disaster in the Gulf of Mexico and high demand from East Asia spurs further development in Northern Alberta (and Saskatchewan).

As for waging a Quebec campaign for public consultations on climate change, the most realistic approach is the one taken a few years ago to successfully oppose the FTAA (Free Trade Area of the Americas). At that time many trade unions and community groups organized such public consultations across Quebec with great mobilizing effect. Furthermore, a question dealing with the Alberta Tar Sands, could have a similar educational and mobilizing result. We must bear in mind that Quebec citizens were never consulted on this major industrial undertaking and yet suffer the full brunt of its ecological consequences.

A similar tack can be taken on the issue of a public opinion tribunal held across Quebec on crimes against the environment. Stephen Harper and the major corporations involved in the Tar Sands would make great symbolic defendants in an exercise of this type, whether it takes place at an international level or on Quebec or Canadian soil.

Alternatives Summer Camp:The Launch of a Quebec Coalition?
A start on this project will begin this summer. The 16th “Journées Alternatives” will be held at Camp Papillon, slightly north of Montreal, from the 27 to 29 August 2010.[2] This three-day Summer Camp, hosted by the international solidarity network Alternatives, promises to be an early test of this Quebec action plan. One of the main themes of the camp will be Climate Justice and the opening panel, entitled ‘From Copenhagen to Cancun,’ will feature presentations and discussions on a proposed Quebec Coalition for Climate Justice. Such a coalition would take charge of discussions dealing with organizing public campaigns on popular consultations and climate tribunals.

An impressive list of guest speakers has already been drawn-up for this panel. It includes personalities such as well-known law professor Georges Lebel; Amir Khadir, Québec Solidaire's member of the Quebec National Assembly; Canadian ecosocialist Ian Angus; Christophe Aguiton, a French global justice activist and founder of ATTAC-France; and many others whose names will be released in the coming weeks. It promises to be a great launch to this exciting project of a Quebec Coalition for Climate Justice. •

Roger Rashi is a founding member of Québec solidaire and sits on the party's Working Commission on the Environment. He reported on his April 2010 trip to Bolivia in “Cochabamba Eyewitness: A Great Boost to Ecosocialism.”