By Brant in Freedom from Oil
RAN (Rainforest Action Network) 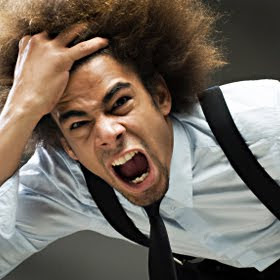 Fearful that the union of environmental activists and cosmetics purveyors spells doom for the tar sands, Canada’s biggest oil boosters totally freaked out about our campaign with LUSH Cosmetics this week.
The Canadian Association of Petroleum Producers (CAPP) were the first to freak out. A hurried press release boldly asserted that “It’s technology – not soap – that enables cleaner energy.” The hoaky humor got a laugh, but the laughing was at them not with them. Carola Hoyos at the Financial Times panned that CAPP “has drawn the line at designer soap“. Dina O’Meara at the Calgary Herald came down even harder writing that “CAPP should know better than to charge out, guns blazing, in reaction.” But charge out they did, upping the ante with a challenge (via Twitter no less!) to an in-person debate. We humbly obliged of course, but now they’re not returning our emails (or tweets). C’mon guys! Let’s talk it out!

Not to be outdone, the Government of Alberta freaked-out big time and picked up the phone. Alberta Minister Iris Evans (voted best-dressed in Alberta!) pulled her rapid-response team for “frank discussion” with LUSH and RAN. Her blog post after the call included “just a sample” of the gems she dished out including that “Oil sands account for less than 0.1 per cent of world’s greenhouse gas emissions.” By way of sample comparison, BP Gulf Spill (depending on who you ask) accounts for less than .1 percent of oil spilled globally, but we don’t think it’s a good idea either.

Frankly,we’re tickled pink that our little campaign has drawn so much attention. We’re educating thousands of average folks across North America about the hidden cost of our oil addiction, and it’s good to know who’s freaked out by that.

Bonus Quiz: How much more CO2 does Alberta emit per-capita than the global average? Winner gets a t-shirt!
Posted by Next Year Country