Canada owns the podium for inaction at Bonn climate talks 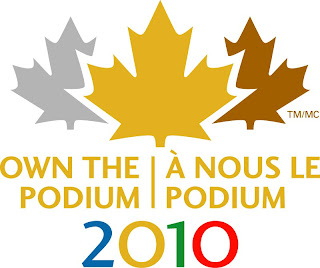 With international climate treaty negotiations underway again in Bonn, Germany this week, a fossil-of-the-day award has been handed to Canada by the International Climate Action Network (CAN) - a worldwide network of over 450 Non-Governmental Organizations (NGOs).

The fossil-of-the-day is given out each day of negotiations as a means of calling out the countries who have been particular bad actors at the negotiating table. As of last count, Canada has more fossils than any other country in the world.

In fact, last year Canada was named the "Fossil of the Year" and awarded a "Colossal Fossil."

As Ben Wikler from TckTckTck partner Avaaz explained at the Colossal Fossil award ceremony last year in Copenhagen, “Canada has made zero progress here on financing, offering nothing for the short term or the long term beyond vague platitudes. And in last night’s high-level segment, Canada’s environment minister gave a speech so lame that it didn’t include a single target, number or reference to the science."

Things haven't changed much since then as Canada adds another Fossil to its trophy case at the Bonn climate talks today after they announced that they would lower their greenhouse gas emission targets to the same level as the United States.

So now we don't only see these talks in Bonn continuing to drag along at a snail's pace, but Canada, one of the largest per-capita greenhouse gas emitters in the world, is now trying to wrangle out of the commitments they have already made.

Earlier this year, Canada hosted the 2010 Games in Vancouver and told the world they were the most sustainable Olympics in history. They also won a record number of medals at the Games.

There is a bitter irony, that only a few months later the same country is leading the pack to the bottom when it comes to dealing with climate change and racking up a record number of awards for doing so.
Posted by Next Year Country