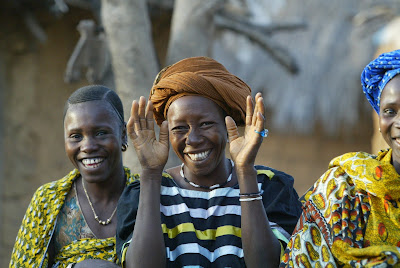 Women provide up to 90 percent of the rural poor's food and produce up to 80 percent of food in most developing countries, and yet they are almost completely ignored when policy decisions are made about agriculture and biodiversity.

That's about to change thanks to a United Nations agreement on biodiversity that will ask countries to ensure women are involved in decisions regarding biodiversity - including agriculture.

"This is a game changer and will be a milestone for other U.N. conventions such as climate change (U.N. Framework Convention on Climate Change)," said Lorena Aguilar Revelo, senior gender advisor at the International Union for Conservation of Nature in Moravia, Costa Rica.

The U.N. Convention on Biological Diversity's (CBD) Strategic Plan under final discussion here in Nairobi that sets the objectives and goals of a new international agreement on how to curb the loss of biodiversity will explicitly state that women must participate and funding will be tied to their involvement, Revelo told IPS.

The Strategic Plan will set a number of specific biodiversity targets for 2020 and will be submitted to the 195 member countries for approval at a final meeting in Nagoya, Japan this October. 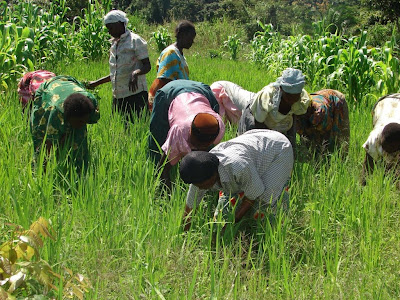 Women in developing countries have an intimate knowledge of the social and natural systems, including collecting 80 percent of the wild edibles. They save up to 90 percent of the seeds that are used in smallholder agriculture, according to the U.N. Food and Agriculture Organisation.

"Women play a major role in nature, are often farmers and have a close and intimate understanding of biodiversity," Ahmed Djoghlaf, executive secretary of the CBD, told IPS.

Despite these realities women are not seen as the main players in conservation, and are not invited to meetings on biodiversity, said Revelo.

"Even in discussions about access and benefit sharing of natural resources women's roles have not been recognized except at the CBD," she said. Studies have found that if women receive money for conservation, 90 percent will go to the family, while men only use 15 percent on average, she added.

Women are most likely to be impacted by declines in biodiversity - a term used to describe the diversity of living things that make up the Earth's life support systems that provide food, fuel, clean air and water. In many communities woman are also the ones that transmit knowledge about the plants, animals and ecosystems in their region.

Even though women comprise the majority Africa's farmers, in many places if the woman's husband dies, the small plot of land she has grown food on to feed her family most of her life will go to her husband's brother - not her, said Kemi Seesink, a Nigerian with Wetlands International, an NGO based in the Netherlands.

Cultural change is key if there is any hope for stemming the biodiversity decline and improving livelihoods, Revelo said. "We need to modify unsustainable patterns. That sometimes means changes in cultures, customs and ways of living."

When member countries of the CBD finalise a new international agreement in October, Revelo hopes that countries will give women a major role in decision making on any aspect of biodiversity at national and regional levels. "Women want to be a major player and are willing to take their place," she said. 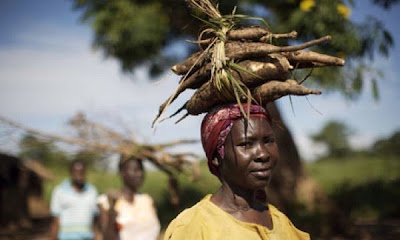 However, that will only be a first step, said Joji Carino of the Tebtebba Foundation, speaking for indigenous groups. "There is a far bigger problem of ensuring that the public and civil society is engaged at the national government level," Carino said.

Decisions involving biodiversity are usually made by government officials in a top-down manner, she said. Those attitudes are still present in the CBD where implementation plans for reaching the new biodiversity targets "did not have any references for engaging civil society until we inserted it" and these targets were also decided by experts, leaving civil society to suggest modifications in hopes they might be incorporated.

Revelo acknowledges women still have a long way to go but said, "Only among equals can we all move forward."
Posted by Next Year Country