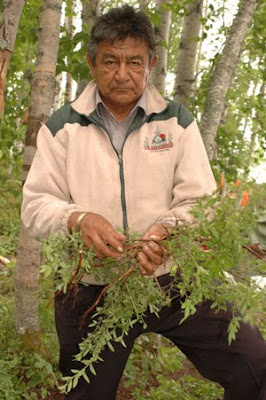 On May 18, 2010, in a beautiful demonstration of how the Non-Profit Industrial Complex works to erode Indigenous nationhoods in Canada, ENGOs and the logging industry alliance known as the Forest Products Association of Canada announced an agreement to protect swaths of "Canada's" boreal forests.
The deal, known as the "Canadian Boreal Forest Agreement" (link below), neutralizes ENGO critique of the Canadian forest industry, sidelines Indigenous Nations in the process, and evidently trivializes any credence paid by the signatory ENGOs towards supporting the United Nations Declaration on the Rights of Indigenous Peoples.
Indigenous Nations of the boreal are absent in the Agreement. After years of seeking and making partnerships with Indigenous Nations (who are used for strategic positioning in forest conservation campaigns by ENGOs), the fate of these Nations' inherent territories - and therefore their futures, cultures and polities - have been directly undermined by special interest groups of Canadian society.
This neocolonial agreement to conservation, in which southern, centralized ENGOs presume to have authority over inherent Indigenous territories, only serves the Canadian state's deeper interest in accessing and exploiting resources at the cost of Indigenous nationhoods. Accessing resources by neutralizing Indigenous Nations has always been the colonial state's imperative; as Canadian legislation contours both ENGOs and forestry corporations, and as the Canadian tax coffers will continue to benefit from the exploitation of the Boreal, the ENGOs involved have demonstrated fabulously their role of doing the state's dirty work.

An Indigenous political organization's response to the Agreement:
http://www.nan.on.ca/article/nan-says-new-national-boreal-forest-agreement-disrespects-first-nations-rights-588.asp

Written by: Damien Lee
Posted by Next Year Country