Oil spill in Arctic waters could have "catastrophic" impact 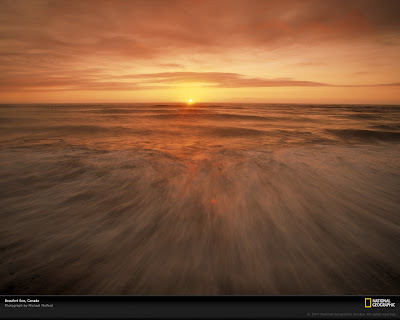 A worker contracted by British Petroleum scrapes oil from a beach after it was inundated by the oil spill from the Deepwater Horizon spill in Port Fourchon, Louisiana May 23.
William Adams, a former scientist at Environment Canada, was one of the researchers in a joint government-industry study of the impact of an oil spill in the Canadian portion of the Beaufort Sea. The Beaufort Sea Project, which began in 1976 and lasted nearly a decade, remains the only "comprehensive" study of its kind, says Adams.

Adams told the House of Commons natural-resources committee on Tuesday that a similar study in deeper waters should be conducted before Canadian regulators approve exploratory drilling in the Beaufort. The Beaufort project simulated an oil spill of roughly 1,000 barrels per day in water about 10 metres deep.

Currently, there are no offshore oil rigs operating in Canada's Arctic waters, but exploratory drilling proposed by companies such as BP is expected to take place in depths of several hundred metres.

"I do believe that there should be a moratorium, because if you look at the leasing that has been done in the Beaufort Sea, it . . . extends out into the moving pack ice. I believe drilling in that area would be extremely risky," Adams told the committee, which is studying whether offshore-drilling regulations are tough enough to safeguard against a spill on the scale of the Gulf of Mexico disaster.

The Gulf spill, caused by an explosion last month at BP's Deepwater Horizon rig, is believed to be dumping about 5,000 barrels per day into the sea.

The Beaufort project found that the presence of oil accelerated the melt of sea ice in the spring, partly by causing the ice to absorb more radiation from the sun. Surprisingly, the study also found that the oil encouraged the growth of simple organisms such as algae and plankton. 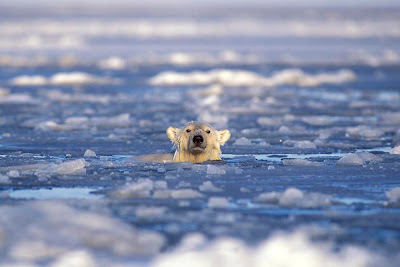 Adams said the behaviour of a big oil spill in deeper Arctic waters is difficult to predict without more field research. However, he said such a spill would inflict significant damage on bigger organisms, such as mammals and seabirds. It could also exacerbate the impact of climate change by speeding the melt of pack ice. A major spill likely would take at least a year to clean up, he added.

"It could potentially be quite catastrophic should there be a blowout in the moving ice . . . in the Beaufort Sea," Adams said. "It's possible a major blowout could have severe impacts on the stability of the sea ice, and that could have a major climatic impact."

Meanwhile, an Arctic expert with the World Wildlife Fund told the committee that Canada's offshore-drilling regulations are much looser than those in the United States. The U.S. Minerals Management Service conducted an extensive environmental assessment of the risks of offshore drilling in the Beaufort before granting a lease to energy giant Shell, noted Craig Stewart, director of the Arctic program at WWF-Canada. By contrast, the granting of exploratory leases in Canada is less transparent and "subject to ministerial discretion," he said.

On Tuesday, a Nunavut review agency approved controversial federal plans to use seismic testing in a proposed Arctic marine sanctuary to probe for possible offshore oil and gas deposits this summer. The ruling will enable the Geological Survey of Canada to scan for petroleum in Lancaster Sound — an area at the western entrance to the Northwest Passage that is slated to become a National Marine Conservation Area.

Chris Debicki, Nunavut project director for Pew Environment Group's Oceans North, called for an "unambiguous statement" from the federal cabinet that there is "no intention" to develop Lancaster Sound in ways that would threaten its planned protected status. 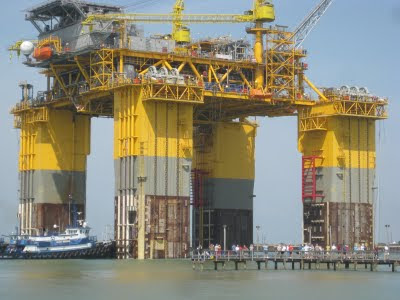 Three rigs off Newfoundland are the only offshore drilling projects now operating in Canada. Last week, the Newfoundland Offshore Petroleum Board announced it is putting on hold a deep-sea drilling project proposed by Chevron Canada, until the company proves it has the right safeguards in place.

The head of the Newfoundland board told the committee that the agency's job is to reduce the risks of a big spill "to a level that is as low as reasonably practicable."

"Obviously, we would prefer to have no injuries or no spills, but we believe that the record for our offshore area is quite respectable," said board chairman Max Ruelokke, noting there have been no blowouts off the province's coast.
Posted by Next Year Country