Murray Bookchin on Growth and Consumerism 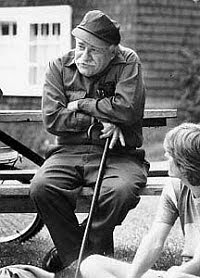 Perhaps because he was an anarchist, the works of Murray Bookchin are rarely read by ecosocialists today. That’s a pity, because he was one of 20th century’s most insightful writers on environmental politics.
The following are excerpts from his article “Death Of A Small Planet,” originally published in The Progressive in 1989. The full text of the article is online here. - Ian Angus

Perhaps the most obvious of our systemic problems is uncontrollable growth. I use the word “uncontrollable” advisedly, in preference to “uncontrolled.” The growth of which I speak is not humanity’s colonization of the planet over millennia of history. It is rather an inexorable material reality that is unique to our era: namely, that unlimited economic growth is assumed to be evidence of human progress. We have taken this notion so much for granted over the past few generations that it is as immutably fixed in our consciousness as the sanctity of property itself. …

It’s not enough, however, to blame our environmental problems on the obsession with growth. A system of deeply entrenched structures — of which growth is merely a surface manifestation — makes up our society. These structures are beyond moral control, much as the flow of adrenaline is beyond the control of a frightened creature This system has, in effect, the commanding quality of natural law. ….

Unless growth is traced to its basic source — competition in a grow-or-die market society — the demand for controlling growth is meaningless as well as unattainable. We can no more arrest growth while leaving the market intact than we can arrest egoism while leaving rivalry intact.

In this hidden world of cause-and-effect, the environmental movement and the public stand at a crossroads. Is growth a product of “consumerism” — the most socially acceptable and socially neutral explanation that we usually encounter in discussions of environmental deterioration? Or does growth occur because of the nature of production for a market economy? To a certain extent, we can say. both. But the overall reality of a market economy is that consumer demand for a new product rarely occurs spontaneously, nor is its consumption guided purely by personal considerations. 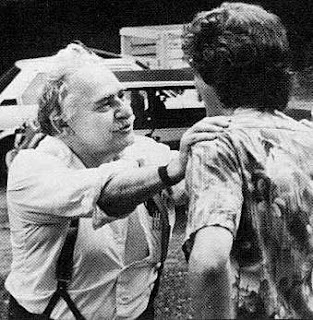 Today, demand is created not by consumers but by producers — specifically, by enterprises called advertising agencies that use a host of techniques to manipulate public taste. American washing and drying machines, for example, are all but constructed to be used communally-and they are communally used in many apartment buildings. Their privatization in homes, where they stand idle most of the time, is a result of advertising ingenuity.

One can survey the entire landscape of typical “consumer” items and find many other examples of the irrational consumption of products by individuals and small families – “consumer” items that readily lend themselves to public use.

Another popular explanation of the environmental crisis is population increase. This argument would be more compelling if it could be shown that countries with the largest rates of population increase are the largest consumers of energy, raw material, or even food. But such correlations are notoriously false. Often mere density of population is equated with overpopulation in a given country or region. Such arguments, commonly cynical in their use of graphics — scenes of congested New York City streets and subway stations during rush hours, for example — hardly deserve serious notice.

We have yet to determine how many people the planet can sustain without complete ecological disruption. The data are far from conclusive, but they are surely highly biased — generally along economic, racial, and social lines. Demography is far from a science, out it is a notorious political weapon whose abuse has disastrously claimed the lives of millions over the course of the century.

Finally, “industrial society,” to use a genteel euphemism for capitalism, has also become an easy explanation for the environmental ills that afflict our time. But a blissful ignorance clouds the fact that several centuries ago, much of England’s forest land, including Robin Hood’s legendary haunts, was deforested by the crude axes of rural proletarians to produce charcoal for a technologically simple metallurgical economy and to clear land for profitable sheep runs. This occurred long before the Industrial Revolution.

Technology may magnify a problem or even accelerate its effects. But with or without a “technological imagination” (to use Jacques Ellul’s expression), rarely does it produce the problem itself. Indeed, the rationalization of work by means of assembly-line techniques goes back to such patently pre-industrial societies as the pyramid-builders of ancient Egypt, who developed a vast human machine to build temples and mausoleums. 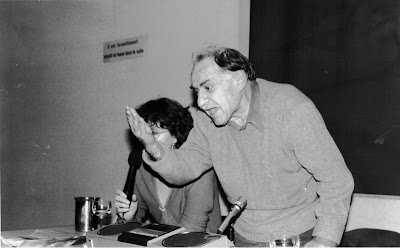 To take growth out of its proper social context is to distort and privatize the problem. It is inaccurate and unfair to coerce people into believing that they are personally responsible for present-day ecological dangers because they consume too much or proliferate too readily.

This privatization of the environmental crisis, like New Age cults that focus on personal problems rather than on social dislocations, has reduced many environmental movements to utter ineffectiveness and threatens to diminish their credibility with the public. If “simple living” and militant recycling are the main solutions to the environmental casts, the crisis will certainly continue and intensify.

Ironically, many ordinary people and their families cannot afford to live “simply.” It is a demanding enterprise when one considers the costliness of “simple” hand-crafted artifacts and the exorbitant price of organic and “recycled” goods. Moreover, what the “production end” of the environmental crisis cannot sell to the “consumption end,” it will certainly sell to the military. General Electric enjoys considerable eminence not only for its refrigerators but also for its Gatling guns. This shadowy side of the environmental problem — military production — can only be ignored by attaining an ecological airheadedness so vacuous as to defy description.

Public concern for the environment cannot be addressed by placing the blame on growth without spelling out the causes of growth. Nor can an explanation be exhausted by citing “consumerism” while ignoring the sinister role played by rival producers in shaping public taste and guiding public purchasing power. Aside from the costs involved, most people quite rightly do not want to “live simply.” They do not want to diminish their freedom to travel or their access to culture, or to scale down needs that often serve to enrich human personality and sensitivity.

Rambunctious as certain “radical” environmentalist slogans like Back To The Pleistocene! (a slogan of the Earth First! group) may sound, they are no less degrading and depersonalizing than the technocratic utopias issued by H.G. Wells early in this century. ….. 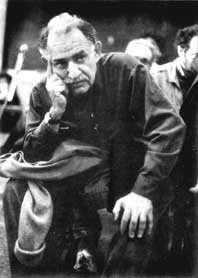 New Age environmentalism and conventional environmentalism that place limits on serious, in-depth ecological thinking have been increasingly replaced by social ecology that explores the economic and institutional factors that enter into the environmental crisis.
In the context of this more mature discourse, the Valdez oil spill is no longer seen as an Alaskan matter, an “episode” in the geography of pollution. Rather it is recognized as a social act that raises such “accidents” to the level of systemic problems-rooted not in consumerism, technological advance, and population growth but in an irrational system of production, an abuse of technology by a grow-or-die economy, and the demographics of poverty and wealth. Ecological dislocation cannot be separated from social dislocations.

The social roots of our environmental problems cannot remain hidden without trivializing the crisis itself and thwarting its resolution.
Posted by Next Year Country