If your source of news is limited to the Canadian press, you probably haven’t heard the Colombian Green Party has surged from the margins to take the lead in Colombia’s upcoming Presidential elections. The implications are large. If Green candidate Antanas Mockus maintains his lead, he would become the first Green Party head of government ever.

Since the beginning of the campaign in March, Mockus has rocketed from 9 percent to 39 percent. He currently leads Juan Manuel Santos by 12 percentage points. Neither Mockus nor Santos are positioned to win the election on the first ballot, thereby forcing a run-off vote the third week of June.

Santos of the ruling “U” party was expected to cruise through to victory on the back of current President Álvaro Uribe. But critics claim that despite Uribe’s popularity, the past eight years of ‘’Uribismo’’ has been dominated by heavy-handed tactics that have divided and polarized a restless populace.

The phenomenon of Mockus' ascent and the surging Green party is giving rise to a hopeful new politics the country has never seen before. Many are comparing it to Obama’s successful Presidential campaign in 2008 with its message of hope and reliance on grassroots and social networking strategies. 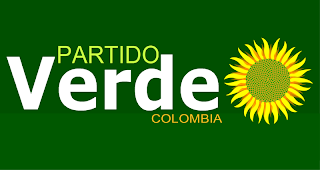 Similar to Obama’s campaign (but much unlike Green party campaigns elsewhere), el Partido Verde is seen more as a general political movement than a party representing a specific ideological (or ecological) program. It has come to represent a mysterious, yet attractive third-way in Colombian politics led by a man who continues to mystify and intrigue his audience with colourful antics and an eccentric sense of humour.

The Colombian media is full of faded photographs of the former mayor posing in a skin-tight ‘’Super Citizen’’ jumpsuit, demonstrating how to save water in the shower, and wading in a public fountain begging forgiveness for having left his job as Mayor to run for President in 1997. Mockus served as mayor of Bogotá from 1995 to1997 and was re-elected again from 2001 to 2003.

Mockus is widely credited with pioneering the Bogotá Miracle along with two of his political rivals: Enrique Peñalosa and Luis Eduardo Garzón who also served as Bogotá Mayors from 1998-2001 and 2004-2007 respectively.

Together, the former mayors are praised for having dramatically reduced violent crime in the city, improving access to clean water and other basic services, as well as developing a modern public transportation system. Bogotá´s Transmileneo bus rapid transit (BRT) initiated by Enrique Peñalosa has inspired the development similar transport systems throughout the country and around the world.

Mockus is specifically credited with reducing homicide rates by 70 percent and traffic fatalities by 50 percent during his first term. He also expanded public utilities such as sewage and drinking-water to all areas of the city. 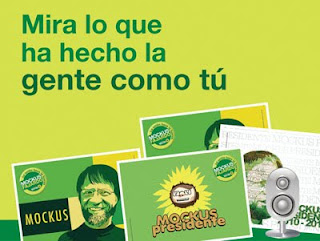 Peñalosa and Garzón have since joined forces with Mockus under the Green Party banner. In a bid to woo Colombia’s second city, Mockus recruited the popular former Mayor of Medellín Sergio Fajardo to run with him for Vice-President.

Similar to the Obama campaign, Mockus is spreading a message of hope through both conventional and new media tools such as Facebook, Twitter and mobile devices. The result has been an outpouring of support across Colombia including a massive rally in the capital last week and other public events across the country.

El Partido Verde’s Facebook page is particularly innovative, walking the visitor through a concise slideshow introducing Colombians to a party that did not even exist six months ago. The page attracts 10,000 new fans everyday. For his part, Mockus ranks among the 12 most popular politicians on Facebook with more fans than Nelson Mandela.

However only 27 percent of Colombians have access to the Internet. Reaching older generations and citizens outside major cities will be a challenge. Mockus is confident his team of young volunteers will spread the message through Colombia’s strongest institution – the family.

The son of Lithuanian immigrants and former rector of the National University, Mockus bears little resemblance to the well-heeled political class of his competitors.

The front-runner – former Minister of National Defence Juan Manuel Santos – comes from one of the most powerful families in Colombia. Santos’ grandfather’s brother was President from 1938-1942 and his father has been Director of the country’s most read newspaper for fifty years. Santos’ cousin is Vice-President in the current Uribe administration.

In terms of Mockus’ political program, education features prominently in Mockus’ speeches as a means to national prosperity and security but many of his ideas seem strange and new to Colombians. Little is known in Colombia about the Green Party or its policies. Mockus has just five weeks remaining to convince Colombians to follow his lead and the Green Party vision. 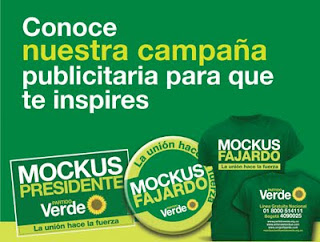 Antanas Mockus has all but won the middle class vote in Colombia’s largest cities with his eccentric personality and stellar double performance as Mayor of Bogotá. But in order to win the Presidency, he must connect with regional and more conservative elements of Colombian society that has formed the basis of political power since Independence.

Few would use the words cunning or shrewd to describe Antanas Mockus. But there is an undeniable political genius at work in the man behind el Partido Verde. Mockus has already set about the necessary metamorphosis from “bohemian” to “statesman” with soft-spoken messages of hope and compassion. He revealed two weeks into the campaign that he has been diagnosed with Parkinson’s disease, which has earned him respect and admiration in the mainstream press and from his political rivals.

It is still too early to predict an outcome. But it is without a doubt, one of the most exciting political developments in Green Party history. It is also an unprecedented opportunity to turn the tide of violence that has marred Colombia for decades and chart a new progressive course in Latin American politics.

On May 20 – just ten days before the election – Mockus and Brazilian Green Party leader Marina Silva plan to meet in Bogotá to discuss a strategic alliance. According to the Brazilian Green Party, the goal is to create a progressive counter-weight to the current bloc of “authoritarian, populist and anachronistic” regimes in Cuba and Venezuela.

In a few short weeks we will learn whether Mockus is able hold onto his lead and form the next government in Colombia. There remain formidable obstacles in his path – including a strong political machine that will not easily let go of power. In Brazil, Silva trails with only 10 percent leading up to the October elections. But irrespective of the results, political observers around the world are paying close attention to the emerging Green wave as it sweeps Latin America.

Van Ferrier is a communications consultant based in Montreal and former Policy Development Coordinator for the Green Party of Canada. He is currently in Colombia. 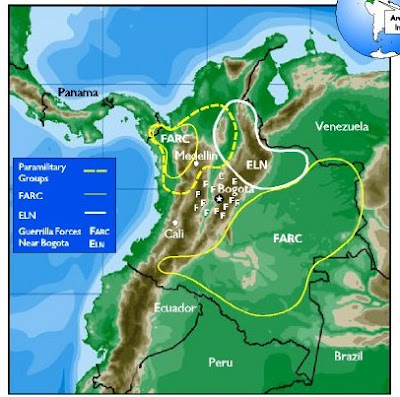