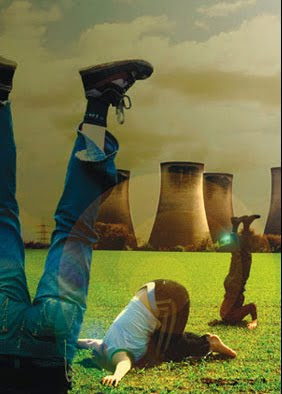 A National Academy of Sciences expert panel will deliver a report on "Stabilization Targets for Atmospheric Greenhouse Gas Concentrations" this summer.
Arguably the single most important document to be published in 2010, you probably haven't even heard about it. Check Google News: Nothing. Nada. One mention I could find in Google proper: David Biello's very informative What is the Right Number to combat climate change?

Here is part of the NAS report author's statement of task:

The stabilization of atmospheric greenhouse gas concentrations and the avoidance of serious or irreversible impacts on the earth’s climate system are a matter of critical concern in both scientific and policy arenas. Using the most current science available, this study will evaluate the implications of different atmospheric concentration target levels and explain the uncertainties inherent in the analyses to assist policy makers as they make decisions about stabilization target levels for atmospheric greenhouse gas concentrations.

Should US emission reduction policy and practise have a target of 450 ppm? 550 ppm or more? Or should America show leadership on climate change, escape denial and greenwash, and declare climate change an emergency and try and get back under 350 ppm before the Arctic melts irrevocably?

The differing targets on this stabilization spectrum require vastly differing mitigation strategies - from business as usual through incrementally building a low carbon economy to Draconian control to keep almost all fossil fuels in the ground.

This observer far out in the boonies expects that the NAS authors will be careful in Climategate times but will fill this report with science that can't be ignored. For example, I expect that the report will offer evidence that the present 3-5C rise of temperature in the Arctic is almost certainly more dangerous to the American people than the effects of a future 10F on American crops, water and forests.

But while I think our scientific community strives for evidence-based due diligence to future generations there is a dearth of media coverage because we really don't want to wake up to our climate culpability and the need for real change. Denial isn't just the deniers and Fox News: it's all of us. Climate change mitigation will almost certainly be 'inconvenient' and in these troubling times denial is not wanting to know the hell we're creating for our descendents by living like we think we need to live today.

bill@pacificfringe.net
Posted by Next Year Country