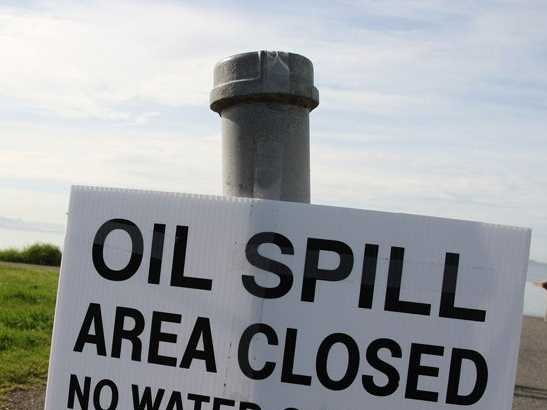 Canadians don’t universally support construction of the pipeline. A poll by Nanos Research in February 2012 found that nearly 42 percent of Canadians were opposed. Many of us, in fact, want to see the tar sands industry wound down and eventually stopped, even though it pumps tens of billions of dollars annually into our economy.

The most obvious reason is that tar sands production is one of the world’s most environmentally damaging activities. It wrecks vast areas of boreal forest through surface mining and subsurface production. It sucks up huge quantities of water from local rivers, turns it into toxic waste and dumps the contaminated water into tailing ponds that now cover nearly 70 square miles.

Also, bitumen is junk energy. A joule, or unit of energy, invested in extracting and processing bitumen returns only four to six joules in the form of crude oil. In contrast, conventional oil production in North America returns about 15 joules. Because almost all of the input energy in tar sands production comes from fossil fuels, the process generates significantly more carbon dioxide than conventional oil production.

There is a less obvious but no less important reason many Canadians want the industry stopped: it is relentlessly twisting our society into something we don’t like. Canada is beginning to exhibit the economic and political characteristics of a petro-state.

Countries with huge reserves of valuable natural resources often suffer from economic imbalances and boom-bust cycles. They also tend to have low-innovation economies, because lucrative resource extraction makes them fat and happy, at least when resource prices are high.

Canada is true to type. When demand for tar sands energy was strong in recent years, investment in Alberta surged. But that demand also lifted the Canadian dollar, which hurt export-oriented manufacturing in Ontario, Canada’s industrial heartland. Then, as the export price of Canadian heavy crude softened in late 2012 and early 2013, the country’s economy stalled.

Canada’s record on technical innovation, except in resource extraction, is notoriously poor. Capital and talent flow to the tar sands, while investments in manufacturing productivity and high technology elsewhere languish.

The current Conservative government holds a large majority of seats in Parliament but was elected in 2011 with only 40 percent of the vote, because three other parties split the center and left vote. The Conservative base is Alberta, the province from which Prime Minister Stephen Harper and many of his allies hail. As a result, Alberta has extraordinary clout in federal politics, and tar sands influence reaches deep into the federal cabinet.

Both the cabinet and the Conservative parliamentary caucus are heavily populated by politicians who deny mainstream climate science. The Conservatives have slashed financing for climate science, closed facilities that do research on climate change, told federal government climate scientists not to speak publicly about their work without approval and tried, unsuccessfully, to portray the tar sands industry as environmentally benign.

The federal minister of natural resources, Joe Oliver, has attacked “environmental and other radical groups” working to stop tar sands exports. He has focused particular ire on groups getting money from outside Canada, implying that they’re acting as a fifth column for left-wing foreign interests. At a time of widespread federal budget cuts, the Conservatives have given Canada’s tax agency extra resources to audit registered charities. It’s widely assumed that environmental groups opposing the tar sands are a main target.

This coercive climate prevents Canadians from having an open conversation about the tar sands. Instead, our nation behaves like a gambler deep in the hole, repeatedly doubling down on our commitment to the industry.

President Obama rejected the pipeline last year but now must decide whether to approve a new proposal from TransCanada, the pipeline company. Saying no won’t stop tar sands development by itself, because producers are busy looking for other export routes — west across the Rockies to the Pacific Coast, east to Quebec, or south by rail to the United States. Each alternative faces political, technical or economic challenges as opponents fight to make the industry unviable.

Mr. Obama must do what’s best for America. But stopping Keystone XL would be a major step toward stopping large-scale environmental destruction, the distortion of Canada’s economy and the erosion of its democracy.

Thomas Homer-Dixon, who teaches global governance at the Balsillie School of International Affairs, is the author of “The Upside of Down: Catastrophe, Creativity and the Renewal of Civilization.”
Posted by Next Year Country