This article seeks to contribute to the development of the ecosocialist project by exploring the connection between the ineffectual way that the mainstream political Left has responded to the current crisis and its lack of a compelling and coherent political project that would allow it to capitalize on the bankruptcy of the neoliberal model. - Costas Panayotakis, Capitalism Nature Socialism, December, 2010 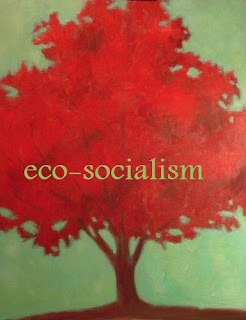 In December 2008, after the current economic crisis erupted, Walden Bello speculated that capitalist elites might respond with a new political project: global social democracy. By injecting into global governance a greater concern for equity and sustainability, global social democracy could avoid the evident failure of neoliberal policies. In so doing, this new political project would attempt to breathe new life into the process of capitalist globalization by managing and alleviating the sharpening of economic, social, and ecological contradictions under the neoliberal regime. Bello went on to identify some of the figures who could act as carriers of the global social democratic project, including politicians such as Gordon Brown and Barack Obama and academics such as Paul Krugman and Joseph Stiglitz.

As his conclusion made clear, Bello’s purpose in writing this article was not to embrace global social democracy but to warn that such a project was more consistent with top-down, technocratic management than with real social liberation. Bello’s warning was understandable at the time and is well worth keeping in mind today. However, more salient now is the fact that despite the monumental failure of the neoliberal model revealed by the current crisis, the policies and philosophy underlying neoliberalism continue to have the upper hand to the point that even a nod toward global social democracy is nowhere to be seen on the horizon.