The Spectre Confronting Neoliberals and Pseudo-Marxists 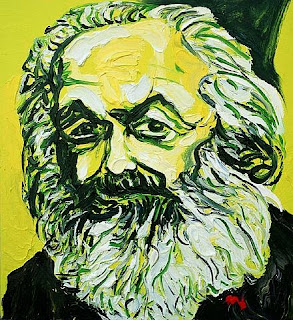 Karl Marx (1818-1883) was certainly one of the greatest philosophers of the nineteenth century. Marx accused capitalism as the source of growing inequality between ‘haves’ and ‘have-nots’ in his theory of historical materialism. In crafting a novel world-view, Marx’s scholarship deconstructed the inner functioning of capitalism and its contradictions. Marx envisioned that these contradictions would obviously endanger the waning social order.

But Marx had failed to accommodate properly some of his brilliant ecological ideas in his emanicipatory project which engendered ambiguities. Alex Night in his November 2010 article observed that Marx’s primary flaw was his blindly following the philosophy of Hegel that exemplify human society as constantly evolving to higher stages of more rational development. Considering capitalism as an “advance” led him to greet industrialization as the necessary material conditions for the “scientific domination of natural agencies”.

Marx thus allegedly shares a similar anthropocentric belief with the capitalist ideology in the domination of Nature. But transcending Marxism cannot be accomplished without it. Marx’s theory of the ‘metabolic rift’ between town and countryside is about the rift between humans and nature. Based on this Marxian concept, Jason Moore in his 2011 papers, has developed the theory of capitalism as world-ecology, a perspective that bonds the accumulation of capital and the production of nature in dialectical unity.