A Call for Ecosocialist Convergence 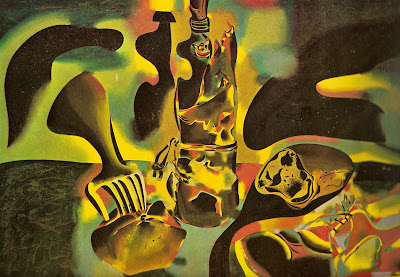 One of the central purposes of our organization is to “organize convergences to advance diverse struggles towards an ecosocialist horizon.”

We are on a threshold in both human and natural history. An old world is dying and new ones are struggling to be born. To rise to this world-historic occasion, we hope to facilitate the organization of an ecosocialist movement, locally and globally, towards a post-capitalist economy and ecology.

This movement has already begun. All over the world, people are reclaiming the commons, demanding justice and defending nature. There is a growing realization, both in practice and in theory, that the fate of humanity and the fate of the planet are one.


While this movement is growing, it remains divided. For the most part, we are fighting a common enemy, but in separate trenches. Often we are even fighting each other. As the Situationist Raoul Vaneigem wrote, “fragmentary opposition is like the teeth on a cogwheel – they marry another and make the wheel go round, the machine of the spectacle, the machine of power.” It is safe to say that until we overcome ourselves, we will never overcome our adversaries.

We must organize a united front for an egalitarian society in harmony with nature. There is no more urgent work to be done. To help bring such a united front into being, Ecosocialist Horizons will organize convergences, bringing together diverse movements to arrive at both a shared understanding of what is to be done, and a shared strategy of how to get there.

Our idea of the convergence is inspired by the Zapatista practice of the encuentro; a place and time of encounters, where people come to meet each other, understand each other, and construct a shared platform for creation and resistance. Subcommandante Marcos, spokesperson of the Zapatistas, explains: “This isn’t about constructing a world rebellion. That already exists. It’s about constructing a space where this rebellion encounters itself, shows itself, begins to know itself.”

In the same way, a global ecosocialist movement already exists. But it needs to encounter itself, show itself, and begin to know itself. By organizing convergences, Ecosocialist Horizons will do all it can to help this process grow and develop.

To conclude as we began: We are at a world-historic threshold. Humanity and nature hang in the balance, and the actions of this generation will reverberate for centuries to come. The next ecosocialist convergence may be coming to a horizon near you. Stay tuned!

If you are interested in getting involved and/or hosting a convergence in your region, please contact us at prefiguration@gmail.com.
Posted by Next Year Country