In Search of a Broad, Coherent, Social Ecology 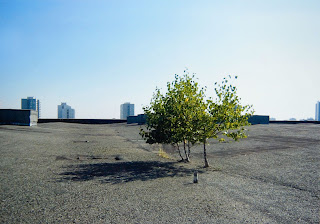 Recently, someone immersed in Murray Bookchin‘s late-period works asked my definition of social ecology. This brought up an important issue. How is social ecology to be defined generally, taking the entirety of the field and its historical development into account? This implies a broad conception–one that recognizes both Bookchin’s open, early approaches, his later narrower variation, John P. Clark‘s contribution, as well as antecedent and contemporary influences that continue to be discovered.

Social ecology is concerned with the social roots and implications of ecological dislocation. Broadly speaking, this interdisciplinary field begins with the scientific fact of ecological crisis, seeking to overcome this crisis through an understanding of its origin(s) within human society. Because this social and scientific exploration seeks to get “to the root” of this problem through an analysis of existing, yet mutable, social institutions, values, and relationships, it is considered one of the three core radical ecological philosophies (along with deep ecology and ecofeminism).

The method of investigation used by social ecology is radically dialectical. Such a method originates in the pre-Socratic philosopher Heraclitus in the “West” and Guatama Buddha and Lao-Tsu in the “East.” It continues historically through the works of Aristotle, Hegel, and Marx, among others, as well as many aspects of the Buddhist and Taoist traditions. Such a method of inquiry, concerned as it is with concepts of negation, opposition, and relation, is seen as organic and highly compatible with an ecological understanding. It is also worth noting that such a radical, dialectical approach allows social ecology to overcome its Eurocentrism, particularly by appreciating the dialectical moments of Eastern philosophy, as John P. Clark has shown, for instance, in his treatment of Nagarjuna [1].

The contemporary, broad, dialectical, dynamic field of social ecology retains its Marxist and anarchist influence. It is seen as being in close agreement with the earlier work of Murray Bookchin (his later work is discussed below) and contemporary work of John P. Clark. It is able to engage dialectically and comradely with other radical ecological philosophies and related fields in order to advance while retaining its own specificity [2]. Arguably, such a social ecology can also be rendered sufficiently ecosocialist.

Originally emerging from Marxism in the early work of Murray Bookchin, social ecology began as an inversion of the common Marxist premise that social domination originated out of the need for humanity to conquer nature [3]. This inversion, reformulated as the domination of humanity over nature is rooted in the domination of human over human, has led to a unique social ecological anthropology. Additional Marxist influences on social ecology include many aspects of the critique of capitalism, as well as a dialectical method of inquiry. The contemporary advent of Marxist ecosocialism has uncovered further affinity between Marxism and social ecology, such that the latter could easily be rendered sufficiently ecoscocialist while remaining a distinct philosophy. Marxist theorists that have relevance for contemporary social ecology include Karl Marx, those of the Frankfurt School, Joel Kovel, John Bellamy Foster, and Slavoj Zizek.

Social ecology’s commitment to overcoming domination gives the field a high degree of affinity with libertarian socialism, particularly anarchism. Indeed, it is within anarchism that most of the development of social ecology has taken place. Bookchin drew upon the work of Peter Kropotkin and Mikhail Bakunin particularly, and from the collectivist and non-Marxist anarchist-communist traditions generally. Later, John P. Clark would demonstrate the relevance of Elisee Reclus to social ecology. Clark himself works within the anarchist tradition, particularly its communitarian aspects.

Of course, the science of ecology and related fields are integral to informing the social ecological analysis. Through ecology we learn of the nature and scope of the ecological crisis. Its focus on relation lends itself to a dialectical understanding. Conceived broadly, the field of ecology can also be viewed holistically, giving context and integration to a range of more specialized sciences.

The broad conception of social ecology, as outlined above, is what some would define as a central characteristic, and it is uncontroversial to say that the field’s primary theorists, Murray Bookchin and John P. Clark, have at one time been in agreement on this issue.

Clark contends that Bookchin took a “programmatic turn” in the late 1980s, significantly narrowing the conception and approach of social ecology. Damian White has also noted a narrowing in Bookchin’s later work, characterizing it as a closing down of the field’s “intellectual space.” Eschewing what could be considered a broad synthesis of Marxist and anarchist thought, Bookchin’s late-period work significantly distanced itself from both traditions, preferring instead to place social ecology under what he termed “Communalism.” This period also saw the replacement of a broad conception of praxis, as detailed in Bookchin’s earlier works, for the solitary, programmatic strategy of libertarian municipalism. Communalism also included Bookchin’s “dialectical naturalism,” which is discussed below. For these reasons Communalism, while advanced as the new trajectory of social ecology from the first contemporary theorist of the field, may more appropriately be characterized as a particular offshoot of the broader philosophy.

An open issue regarding the classification of social ecology is whether the field falls directly within a larger tradition or forms a new, theoretical transcendence of several radical traditions. While originating with Murray Bookchin out of Marxism, further development of social ecology was placed within anarchism, particularly toward the “social” end of the individualist-social anarchist spectrum. This gave social ecology a close affinity to the collectivist and non-Marxist anarchist-communist traditions. John P. Clark continues in this vein, developing social ecology within an “ecocommunitarianism.”

Bookchin’s would later abandon anarchism altogether and place his thought, consisting primarily of social ecology, libertarian municipalism, and dialectical naturalism, within what he termed “Communalism.”

Is social ecology best conceived as being within the anarchist or Communalist ideologies? With such a rich history of antecedent traditions and influences, as well as its aim of a holistic, organic understanding of humanity, the natural world, and the relation between the two, it would seem that social ecology stands on its own, without need for placing it within any other existing framework. Indeed, the scope of its analysis suggests that anarchism, Marxism, Communalism, or any other ideology cannot adequately contain it. In addition, social ecology is inherently dialectical, making the attempt to pair it with an approach such as “dialectical naturalism” unnecessary. Just as non-dialectical Marxism had to differentiate itself as “analytical Marxism,” so too is the dialectical orientation of social ecology inherent. Lastly, the need to associate social ecology with one particular praxis, such as libertarian municipalism, is too narrowing for such a broad, compelling, and radically dialectical philosophy. Indeed, social ecological investigation will no doubt lead to a variety of praxes as any number of factors might dictate.

Therefore, it is argued that social ecology stands on its own as a transcendent, dialectical, ecophilosophy oriented in a modernist framework and on the radical left of the political spectrum, but not subordinate to any particular ideology.

Despite the differing views of more narrow conceptions of social ecology, all corners of the field are united in many aspects. It is uncontroversial to say that all of social ecology recognizes the ongoing ecological crisis, roots this crisis in social conditions, seeks changes within society to overcome this crisis, and unites the ecological society with the liberated society. Further, social ecology is inherently anti-capitalist, claims a dialectical method of investigation (though the particular approach is disputed), is rooted (minimally) in the Marxist and anarchist traditions, and falls within the framework of modernity.

In conclusion, social ecology encompasses a depth in the investigation of the legacies of domination and liberation within human social evolution and their biological antecedents. Contemporarily, the field embodies a breadth that includes anti-authoritarian Marxist ecosocialism, as well as the explicit social ecology first articulated by Murray Bookchin and elaborated by John P. Clark.

Therefore, social ecology can be viewed as a transcendent, interdisciplinary field of radical ecology based primarily in the modern, dialectical philosophical tradition and the cutting edge of contemporary social and ecological science. Its aim is the reharmonization of the relationship between humanity and nature and the creation of the liberated, ecological society.

Notes:
1. See Clark’s, “On Being None with Nature: Nagarjuna and the Ecology of Emptiness.”
2. For an excellent example, see John P. Clark’s “A Dialogue with Arne Naess on Social Ecology and Deep Ecology (1988-1997).”
3. Bookchin, Remaking Society, p. 154.
4. See Janet Biehl’s “Reply to John Clark’s ‘Domesticating the Dialectic,’” in Capitalism, Nature, Socialism.
Posted by Next Year Country