Green Dreams: Eco-Comics, Then and Now 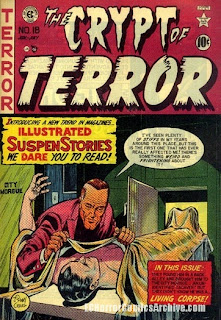 Few readers, outside dedicated comic art fandom, are likely to know that ecologically oriented comics are more than a half-century old. EC, the company that introduced Mad Comics in 1952 (and turned it into Mad Magazine a few years later, amid the Congressional investigation of the comic industry), made its big money on the horror comics that parents often hated. The money on Crypt of Terror and such funded less lucrative but more socially oriented lines with some of the best comic art ever seen to that time (and, at least arguably, even now). Some of the best of the comics treated wars through history in realistic fashion, and in passing, offered readers a gaze at destroyed landscapes in Korea, among other places.

But Weird Fantasy and Incredible Science Fiction are especially interesting to us today because they so often dwelt—in lushly illustrated pages colored to perfection—in post-atomic war stories. In these 8-page sagas, humans struggle to gain some degree of dignity as they come across machines now incomprehensible, cities almost unrecognizable, and whole zones unlivable for plant or animal. A handful of the stories were adapted from the contemporary fiction of Ray Bradbury, who was especially keen on these themes.

Progressive eco-comics, if we can call them that, didn’t really survive the wave of repression, with newsstand dealers reducing their stock to comics bearing the imprint of the Comics Code (in turn, policed by the Legion of Decency, a Catholic Church-based operation). The revival of the mainstream comics—more for college kids in the 1960s—were thoroughly superhero-oriented and ecologically ignorant, though hints of social consciousness ultimately arose with the Hulk and with the gradual, somewhat liberal approaches to race and environment. Mostly, war of a supernatural kind prevailed and still does, with ecosystems as mere backdrops. The adult-oriented noir side of comics hints at something worse happening in every way to society, but the degree of violence and criminality has a way of similarly pushing ecological issues to the side. 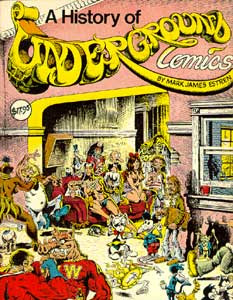 Not so with the Underground Comix and their successors. Underground Comix, launched in the Bay Area, put counter-cultural youngsters and their fans’ values to the forefront. They were transgressive in all ways, open especially in sexual depiction. And they were not far behind in antiwar sentiment and environmental sensibilities, often seen in a comic vein, like Robert Crumb’s “Mr. Appropriate,” a 1970s strip written for a Davis, California weekly.

Amidst many condemnations of corporate crimes against the planet and its people, the old EC traditions resurfaced in Slow Death Comics, a determinedly grim look at impending eco-collapse in a series that brought the astonishing talent of Jack Jaxon and Gregg Irons, among others. The horror that had been mostly in human forms, vampires and such, was recast as the aftermath of war and environmental destruction with ensuing human brutality of a gang-dominated (and thoroughly male-dominated) all-against-all.

The most remarkable individual in all this is arguably Leonard Rifas, whose combination of artist, editor and sometimes one-man-band publisher hit the fading underground comix scene in the middle 1970s, assaulting nuclear power, oil dependence, and general corporate irresponsibility. An excerpt from his “‘Hard’ vs. ‘Soft,’ Alternative Long-Range Energy Strategies,” from Energy Comics, Volume 1, originally published in 1980, is reprinted below. Kitchen Sink Comics published Corporate Crime, the hard-hitting series that Rifas edited. But through EduComics, Rifas sought to do it all, bringing together an atelier of ecological artists. He is still at it today, more than 30 years later.

Underground comix faded into Alternative comics, the Bay Area publishers mostly (but never entirely) shut down, and the creative centers tended to gravitate back to the traditional Greater New York. The most notable development in eco-comics for the past 30 years has been World War 3 Illustrated. Begun in 1979 by a couple of young Cleveland radicals removed to the big city, they still work on it today, joined by a continued growing and changing bunch of talented (mostly) youngsters. WW3er Eric Drooker’s widely hailed volume FLOOD! (1992) is full of eco-destruction but also hopes, set against the big city where struggles for decent existence take place against and despite the dominance of greed and brutality. 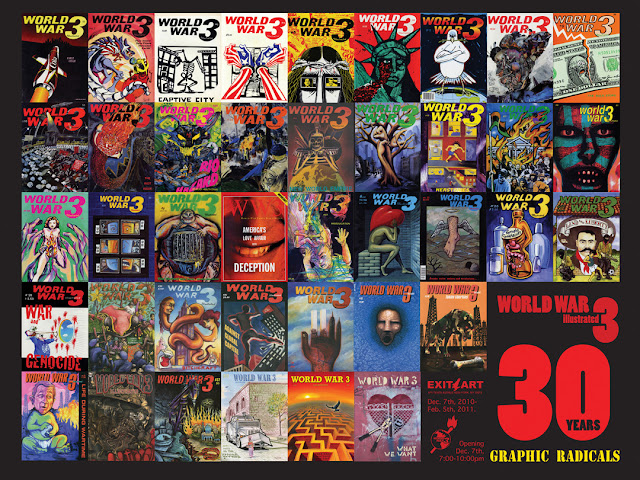 The WW3ers really began with Manhattan life—the creepy spread of gentrification in what had been viable neighborhoods of the poor (including the buildings where the artists themselves mostly lived)—but shifted after the middle 1990s more towards themes of war, the environment, and the situation of women and minorities around the world. Peter Kuper, the best known of the group due to his continuing “Spy vs. Spy” series in Mad Magazine, has flailed the Bushes with special fervor. But Seth Tobocman, whose work merges the feel of street posters with the vigor of comic art, hit the button connecting environment and neighborhood life (or death) early on, very much as if he lives among what he sees and draws. Below we reprint an excerpt from “The Cesspool,” originally published in World War 3 Illustrated, Vol. 11, in 1988. Sabrina Jones, another WW3 veteran who worked with the heavily gendered GirlTalk series during the 1990s and has gone on to draw the life of dancer Isadora Duncan among other work, looks at war afresh, with what is almost a light touch, noting the dark humor within the horror. An excerpt from Jones’ “Chronicle of the New Crusade,” from World War 3 Illustrated in 2004 is reprinted below.

Similar modes of comic political expression have been global by intent for decades, from the U.S. and Canada to India and beyond. Now, especially through the Web, they are more so. Here are the eco-artists who can make a mark upon public consciousness, especially of young people; the work is needed now more than ever.