The Global Water Grab: A Primer 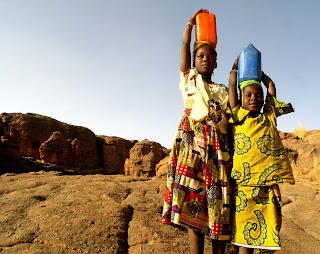 Water grabbing refers to situations where powerful actors are able to take control of or divert valuable water resources and watersheds for their own benefit, depriving local communities whose livelihoods often depend on these resources and ecosystems. The ability to take control of such resources is linked to processes of privatisation, commodification and take-over of commonly-owned resources. They transform water from a resource openly available to all into a private good whose access must be negotiated and is often based on the ability to pay. Water grabbing thus appears in many different forms, ranging from the extraction of water for largescale food and fuel crop monocultures, to the damming of rivers for hydroelectricity, to the corporate takeover of public water resources. It also inheres in a model of development which is underwritten by a trade in virtual water.

Water grabbing is not a new phenomenon and has much in common with earlier resource grabs and what has been called the “enclosures of the commons.” The new dimension of contemporary water grabbing is that the mechanisms for appropriating and converting water resources into private goods are much more advanced and increasingly globalised, subject to international laws on foreign investment and trade. There is thus a real concern that a new generation of ‘Mulhollands’, the early 20th Century Los Angeles official who made water grabbing infamous, will profit from this scenario to the detriment of local communities and ecosystems, and at a scale that has not been seen before. In the context of a ‘global water crisis’, where 700 million people in 43 countries live below the water-stress threshold of 1,700 cubic metres per person, there is an urgent need to put an end to the global water grab.